​Tuukka Rask makes a triumphant return to the Bruins, the 2022 All-Star Game rosters and captains are revealed but several notable players are passed over, and more in today’s NHL morning coffee headlines.

NHL.COM: Tuukka Rask made 25 saves in his season debut as he backstopped the Boston Bruins over the Philadelphia Flyers 3-2. David Pastrnak tallied all of the Bruins’ goals, including the game-winner on the power play to snap a 2-2 tie in the second period. Cam Atkinson had a goal and an assist for the Flyers while teammate Carter Hart turned aside 33 shots. With 44 points, the Bruins moved to within three points of the Pittsburgh Penguins for the first wild-card spot in the Eastern Conference. 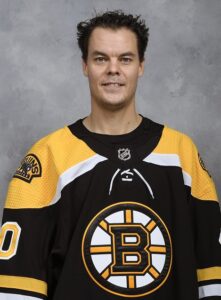 Speaking of the Penguins, they fell 6-2 to the Los Angeles Kings as the latter tallied four unanswered third-period goals, including three in a span of 1:23. Kings captain Anze Kopitar scored twice and set up another while Sean Durzi had a three-point performance and Jonathan Quick made 27 saves. The Kings (43 points) move into third place in the Pacific Division.

Nikita Kucherov collected two assists and Andrei Vasilevskiy kicked out 24 shots as the Tampa Bay Lightning doubled up the Vancouver Canucks 4-2. The Lightning holds a two-point lead over the Florida Panthers for first place in the overall standings with 55 points. The Canucks have lost three of their last four contests.

The New York Rangers Rangers got a 37-save shutout from Igor Shesterkin in a 3-0 win over the San Jose Sharks. Chris Kreider scored twice, including his first NHL shorthanded goal. Braden Schneider scored in his first NHL game. The Rangers (52 points) sit atop the Metropolitan Division while the Sharks (41 points) still cling to the final Western Conference wild-card berth with a one-point lead over the Calgary Flames.

Speaking of the Flames, they were upset 4-1 by the Ottawa Senators. Nick Paul tallied twice while Matt Murray made 27 saves for his first win of the season. The Flames have dropped four straight games.

Connor Hellebuyck picked up the shutout with a 33-save performance to blank the Detroit Red Wings 3-0. Andrew Copp scored two goals and Kyle Connor scored shorthanded. The Jets (39 points) are two points behind the Sharks and one back of the Flames.

A four-goal third period carried the Columbus Blue Jackets to a 6-0 thumping of the Carolina Hurricanes. Elvis Merzlikins turned in a 31-save shutout and Yegor Chinakhov scored two goals. The loss leaves the Hurricanes two points behind the Rangers in second place in the Metropolitan Division.

Third-period goals by Robert Thomas and Pavel Buchnevich lifted the St. Louis Blues over the Seattle Kraken 2-1. The Blues extended their home points streak to 13 games while the Kraken have lost eight straight. With 49 points, the Blues are one point behind the first-place Nashville Predators in the Central Division.

The Predators, meanwhile, saw their five-game win streak halted in a 4-1 loss to the Buffalo Sabres. Jeff Skinner tallied twice while Aaron Dell made 29 saves for the Sabres.

Mathew Barzal broke a 2-2 tie to lift the New York Islanders over the New Jersey Devils 3-2 Barzal’s teammates Zach Parise and Josh Bailey each collected two points as the Isles’ played their first game in 11 days.

SPECTOR’S NOTE: Follow the link to see the full rosters as well as the candidates for the “Last Man In” for each division to be decided by fan voting.

SPECTOR’S NOTE: The exclusion of Markstrom, Rantanen and Ekblad could be a result of being overshadowed by their more well-known teammates. Marchand’s snub is likely tied to his well-earned reputation for questionable play.

Shesterkin still isn’t as well-known as he should be, though his profile should improve if the Rangers remain among the league’s top clubs. It won’t help him become a participant in this year’s All-Star Game but could help him garner recognition for next season’s event.

EDMONTON JOURNAL: A partial tear in a thumb tendon has sidelined Oilers goaltender Mike Smith for at least a week, possibly two. The club has recalled Stuart Skinner from their AHL affiliate in Bakersfield.

SPECTOR’S NOTE: In other words, any player under an NHL contract cannot participate in the Beijing Olympics.

THE SCORE: NHL commissioner Gary Bettman told Quebec finance minister Eric Girard the league isn’t aware of any opportunity at this time that would lead to a franchise returning to Quebec City.

SPECTOR’S NOTE: As one observer noted on Twitter, that was Bettman’s polite way of saying, “Don’t call us, we’ll call you.” Oh, and for those of you saying, “What about the Arizona Coyotes?”, should that club be relocated, it’ll likely be to another American city in the Western Conference such as Houston.