​The Panthers and Wild romp to lopsided wins, the Avalanche tie a franchise record plus the latest suspensions, COVID updates, and more in today’s NHL morning coffee headlines.

NHL.COM: Sam Bennett and Jonathan Huberdeau each had four-point performances as the Florida Panthers crushed the Dallas Stars 7-1. Bennett tallied a hat trick while Huberdeau collected three assists. Anthony Duclair scored and set up two others as the Panthers (55 points) reclaimed first place in the overall standings. 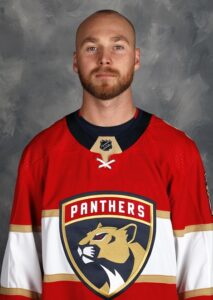 SPECTOR’S NOTE: The Score indicates the Stars have one of the worst road records (4-11-1) in the league, with just one regulation win away from Dallas. Head coach Rick Bowness wasn’t pleased with his club’s performance. “We have some guys who are very comfortable playing at home and very uncomfortable playing on the road,” he said.

The Minnesota Wild tallied four third-period goals (including two within four seconds early in the period) to down the Anaheim Ducks 7-3. Mats Zuccarello scored twice and picked up an assist while Kirill Kaprizov had two helpers. With 46 points, the Wild holds the first wild-card spot in the Western Conference. The Ducks (45 points) remain in second place in the Pacific Division but have just three wins in their last 10 contests.

A shootout goal by Nazem Kadri lifted the Colorado Avalanche over the Arizona Coyotes 4-3. The Avs tied a franchise record by picking up their 13th straight home victory as they overcame 2-0 and 3-2 deficits. With 49 points, they’re one point back of the Western Conference-leading Nashville Predators. Coyotes goaltender Ivan Prosvetov made 44 saves.

NBC SPORTS: Aisha Visram is believed to be the first woman to work on the bench during an NHL game as she filled in for the Los Angeles Kings’ sidelined athletic trainer during their 6-2 win over the Pittsburgh Penguins on Thursday. Visram is the head trainer of the Kings’ AHL affiliate in Ontario, California.