​Check out the latest on the Rangers and Canadiens in today’s NHL rumor mill.

THE ATHLETIC: Arthur Staple recently examined some potential external options for the New York Rangers to bolster their top six and their third defense pairing. 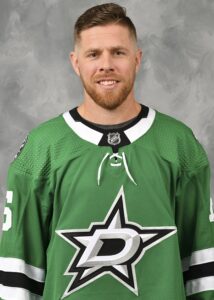 SPECTOR’S NOTE: The availability of Hertl, Pavelski and Rakell could depend upon where their respective clubs are in the NHL standings approaching the March 21 trade deadline. Giroux has a full no-movement clause and it’s uncertain what he intends to do as the Flyers continue to struggle.

DeBrusk requested a trade in late November but there haven’t been any takers yet. Smith could be shopped by the Golden Knights as a cost-cutting measure to make room for Jack Eichel’s debut next month.

Turning to defensemen, Staple believes the asking price for Arizona’s Jakob Chychrun and Montreal’s Ben Chiarot could be too expensive. Seattle’s Mark Giordano won’t be as expensive but still won’t be a cheap rental. Nevertheless, he could fill a need for the Rangers. Other options include Seattle’s Carson Soucy, the Chicago Blackhawks’ Calvin de Haan, Philadelphia’s Justin Braun, the Buffalo Sabres’ Colin Miller or Detroit Red Wings’ (and former Rangers) Marc Staal or Nick Holden.

SPECTOR’S NOTE: Bear in mind Staple isn’t saying the Rangers are pursuing the aforementioned players or have them on any potential wish list. Nevertheless, they have the cap space and depth in prospects and promising young players to make competitive bids for one or two of them.

Smith is most often mentioned as a possible rental target given he previously played for Rangers head coach Gerard Gallant when the latter was the Golden Knights’ bench boss. It wouldn’t be surprising if he joins the Blueshirts sometime next month.

SPORTSNET/TSN: Eric Engels reports the Montreal Canadiens search for a new general manager could be resolved in the coming days. He’s heard Daniel Briere and Mathieu Darche are among the three finalists for the job.

Meanwhile, Pierre LeBrun reports the Canadiens are believed to have circled back to player agent Kent Hughes this week after he wasn’t part of their initial interviews. He includes Hughes among the top 3-4 candidates.

SPECTOR’S NOTE: Lovers of chaos will be disappointed Patrick Roy doesn’t appear to be among the final candidates, though he was among those initially interviewed for the position. The bottom line is the best candidate will be the one who can work best with hockey ops executive VP Jeff Gorton. I’m leaning toward Darche given his experience with the Tampa Bay Lightning but Hughes could also be a good fit given his experience as an agent.

TVA SPORTS: Yvon Pedneault took note of John Klingberg no longer being in the good graces of Dallas Stars management in his contract year. He suggested the Canadiens offer up Jeff Petry for Klingberg.

SPECTOR’S NOTE: Klingberg is four years younger than the 34-year-old Petry, who has three more years left on his contract worth an annual cap hit of $6.25 million. Solely on that basis, Stars GM Jim Nill will never make that trade.

← NHL Morning Coffee Headlines - January 15, 2022 NHL Morning Coffee Headlines - January 16, 2022 →
We use cookies on our website to give you the most relevant experience by remembering your preferences and repeat visits. By clicking “Accept”, you consent to the use of ALL the cookies.
Do not sell my personal information.
Cookie SettingsAccept
Manage consent