The preseason schedule is released plus the latest on  Jaden Schwartz, David Krejci, Henrik Lundqvist and more in today’s NHL morning coffee headlines.

NHL.COM: The 2021-22 preseason schedule was released on Monday. It begins on Saturday, Sept. 25 as the Montreal Canadiens travel to Toronto to meet the Maple Leafs for an afternoon contest. The Minnesota Wild will face off against the St. Louis Blues in an evening contest. 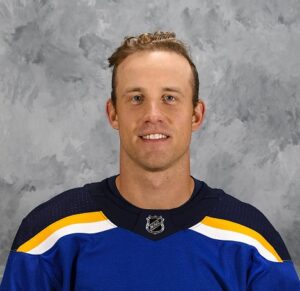 The following day features the Seattle Kraken hosting the Vancouver Canucks at the Spokane Veterans Memorial Arena. The schedule concludes with 11 games on Saturday, Oct. 9.

THE ATHLETIC: Jaden Schwartz revealed he almost didn’t play with the St. Louis Blues last season following the sudden death of his father. It was the relationships within the organization and the memory of his dad that convinced him to play. Now signed with the Seattle Kraken, he’s looking forward to a new chapter in his life and career.

SPECTOR’S NOTE: Schwartz was hampered by an oblique injury last season but the loss of his father also affected his performance. He’ll be expected to play a leadership role with the Kraken in their upcoming inaugural campaign.

BOSTON HOCKEY NOW: Former Bruins center David Krejci was formally introduced yesterday as the latest member of the Czech Republic club HC Olomouc. While the Bruins have left the door open for Krejci to return later this season, the 35-year-old center appears intent on playing back home.

SPECTOR’S NOTE: If Krejci plays one game in the Czech Republic he’d have to clear waivers to return to the Bruins or any other NHL club this season.

NEW YORK POST: Henrik Lundqvist is looking forward to having his No. 30 raised to the rafters of Madison Square Garden by the New York Rangers at some point in the coming season. He played 15 seasons with the Blueshirts, winning a franchise-record 459 games.

SPECTOR’S NOTE: This report came out before Sunday’s news of the passing of Rangers legend Rob Gilbert. Lundqvist tweeted out his condolences on Monday.