A look at the notable remaining UFAs plus the latest on the Lightning and Canucks in the Sunday NHL rumor roundup.

TORONTO SUN: Michael Traikos recently examined the best remaining bargains in this year’s NHL unrestricted free agent market. Topping the list is winger Mike Hoffman, prompting Traikos to wonder if it might make sense for the Ottawa Senators to bring him back. 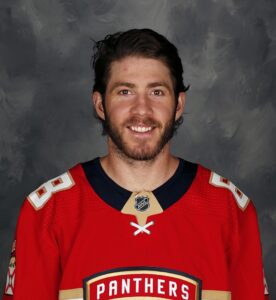 SPECTOR’S NOTE: Never say never, but given Hoffman’s messy departure from Ottawa over two years ago, I don’t see a reconciliation between the two sides.

Traikos also suggested the Nashville Predators would be a good destination for winter Anthony Duclair because of their need for scoring wingers. He doesn’t rule out Travis Hamonic returning to the Calgary Flames but also thinks a chance to play for his hometown Winnipeg Jets would be a perfect situation.

SPECTOR’S NOTE: Duclair’s streaky scoring could prompt Predators general manager David Poile to seek a more consistent option. Hamonic could be a fit on the Jets blueline but they’re bumping against the cap ceiling.

Traikos suggested Sami Vatanen could be a perfect stopgap on the Senators blue line until youngsters such as Erik Brannstrom, Jake Sanderson and Lassi Thomson are ready. He also feels winger Corey Perry could attract interest from Stanley Cup contenders, including the Dallas Stars. Speedy forward Andreas Athanasiou could also be a fit with the Senators or the Florida Panthers.

SPECTOR’S NOTE: I wouldn’t be surprised if the Stars bring back Perry for another season. Vatanen and Athanasiou could be very affordable short-term options for many NHL clubs right now.

THE ATHLETIC: Joe Smith recently examined the Tampa Bay Lightning’s efforts to clear salary-cap space to re-sign restricted free agents such as Anthony Cirelli and Mikhael Sergachev. It’s clear they’ll have to package Tyler Johnson with a pick or prospect and retain part of his $5 million annual salary-cap hit if they hope to move him in a cost-cutting deal.

Smith also noted rumors of the Lightning approaching Steven Stamkos about a trade. While neither the club or the Stamkos camp is talking about it, their Lightning captain’s full no-movement clause gives him complete control over the situation. Smith cited Pierre LeBrun indicating Stamkos has decided he’s staying put until further notice.

The Lightning are reluctant to move Alex Killorn, in part because of his leadership and affordable contract. They also haven’t approached Yannie Gourde or Braydon Coburn about a trade. Smith believes Ondrej Palat is one player the Bolts would least want to move.

SPECTOR’S NOTE: Teams are sitting back and playing the waiting game with the Lightning. The Bolts’ need to shed salary gives GM Julien BriseBois little leverage in the current economic conditions. He still has plenty of time to address this situation, but it looks like he’ll have to make a painful move or two and it will involve adding assets to make it happen.

THE PROVINCE: Patrick Johnston believes the Vancouver Canucks need to do some salary-cap juggling following their recent acquisition of defenseman Nate Schmidt. They have limited cap space with restricted free agents Jake Virtanen and Adam Gaudette in need of new contracts. He also believes they need to add an experienced defenseman and a second-line winger. One way to alleviate their cap crunch would be to place Sven Baertschi on waivers and demote him to free up $1 million.

Johnston also doubts the Canucks will find a new home for winger Loui Eriksson and his $6-million annual cap hit. He believes if that were possible it would’ve happened by now. He doesn’t expect Eriksson or Baertschi will be bought out once Virtanen signs.

THE ATHLETIC: Thomas Drance and Rick Dhaliwal report the Canucks kicked tires on UFA winger Mike Hoffman but adding him is only possible if they can carve out sufficient cap space to sign him.

SPECTOR’S NOTE: Cap Friendly indicates the Canucks have $1.998 million in cap space. Johnston expects the combined contracts for Virtanen and Gaudette will be $4 million, meaning GM Jim Benning still has some cost-cutting to do.

The Canucks could get $3.5 million in wiggle room if oft-injured winger Micheal Ferland starts the season on long-term injury reserve but that likely won’t be determined until the training-camp medicals. Eriksson’s cap hit likely means he’s not going anywhere unless the Canucks buy him out. Brandon Sutter came up in trade rumors but his 15-team no-trade list and $4.37-million cap hit makes him difficult to move.

← NHL Morning Coffee Headlines - October 18, 2020 Going For Something Old Nothing New To Maple Leafs →
We use cookies on our website to give you the most relevant experience by remembering your preferences and repeat visits. By clicking “Accept”, you consent to the use of ALL the cookies.
Do not sell my personal information.
Cookie SettingsAccept
Manage consent