Erik Karlsson intends to stick with the Sharks, Carey Price sends a message to his fans, John Tortorella has concerns about the Flyers, Nazem Kadri makes a big charitable donation, and more in today’s NHL Morning Coffee Headlines.

THE ATHLETIC: Erik Karlsson has no plans to request a trade from the San Jose Sharks. “No, I committed here a long time ago,” he said. The 32-year-old defenseman is signed through 2026-27 with an average annual value of $11.5 million. 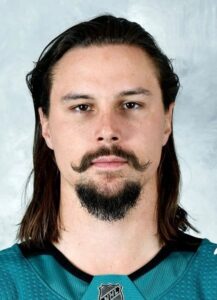 Karlsson, 32, acknowledged things haven’t gone the way they wanted to earlier in his tenure with the Sharks. However, he said he’s excited about the future and believes the club can be successful again.

SPECTOR’S NOTE: Karlsson has also been hampered by injuries since joining the Sharks in a trade from the Ottawa Senators in 2018. The former two-time Norris Trophy winner told The Athletic he intends to be more cautious in dealing with future injury rather than attempt to play through the pain.

Karlsson’s contract would make him difficult to move if he did want out or if new Sharks general manager Mike Grier wanted to move him. In addition to that big cap hit, he carries a full no-movement clause.

MONTREAL HOCKEY NOW: Canadiens goaltender Carey Price posted a heartfelt “thank you” message to his fans on his Instagram account. The 35-year-old goaltender is on long-term injury reserve as a nagging knee injury threatens to end his playing career.

SPECTOR’S NOTE: More than a few people felt the tone of the message suggested Price may be acknowledging that his playing days are over. For now, however, neither he nor the Canadiens have suggested that he’ll be hanging up his pads.

Speaking of the Canadiens, they signed restricted free agent goalie Cayden Primeau to a three-year deal with an AAV of $890K.

SPECTOR’S NOTE: Primeau, 23, is expected to start this season with the Canadiens AHL affiliate in Laval.

THE SCORE: cites John Tortorella telling SiriusXM NHL that he has “major concerns” about the mood in the Philadelphia Flyers dressing room. He was hired as their new head coach earlier in the offseason.

Tortorella made the assessment after speaking with players, management and other team personnel. “Before we even step on the ice, situations and standards and accountability in the room is forefront,” he said. “You can’t get squat done on the ice until you get your room straightened out, and I think we have a little bit of work to do there.”

SPECTOR’S NOTE: The Flyers are coming off a hellish season that saw them endure two long, season-killing winless skids, an early-season coaching change, and the departure of long-time captain Claude Giroux at the trade deadline. It’s no wonder morale is probably low right now.

A two-time winner of the Jack Adams Award as NHL coach of the year, Tortorella has a good reputation for turning around struggling teams. Improving the Flyers will be a challenge but one he’s capable of handling.

CALGARY HOCKEY NOW: Nazem Kadri has given back to his hometown of London, Ontario. The 31-year-old center donated $1 million to the London Health Sciences Centre. Kadri signed a seven-year contract last month with the Calgary Flames.

SPECTOR’S NOTE: A very generous gift by Kadri toward an excellent cause.

BALLY SPORTS MIDWEST’s Andy Strickland reports the St. Louis Blues and Jordan Kyrou are working on a new contract. “Told talks between the two sides have been very good.”

SPECTOR’S NOTE: Kyrou, 24, is coming off a career-best 75-point performance. He’s entering the final season of a two-year deal with an AAV of $2.8 million and will likely get a significant raise on a long-term contract.

Lundqvist, 40, announced his retirement last year. He holds franchise records with 459 career wins, 64 shutouts, and games played (887) during his 15 seasons with the Rangers.

SPORTSNET: Shane Doan is taking a step back from the Arizona Coyotes. He rejoined the Coyotes in 2021 as their Chief Hockey Development Officer following his retirement after 1,466 games with the franchise.

“I don’t want this to be seen in any way that hurts the organization. I want the arena bid to be successful for hockey’s long-term future in the Valley,” said Doan. He added that he fully supports second-year coach Andre Tourigny and would help him in any way if asked.

SPECTOR’S NOTE: The report suggests Doan is making this decision for family reasons. The report said he’ll be spending more time with his four children. His son, Josh, is a Coyotes draft pick who’s starting his second year at Arizona State University.

THE ATHLETIC: Columbus Blue Jackets captain Boone Jenner recently said he’s feeling much better following a season-ending back injury and looking forward to the coming season. “I’m feeling good, ready to go, absolutely,” he said. The 29-year-old center said his offseason training has gone well and he believes he can be a significant contributor to the Jackets.

THE HOCKEY NEWS: Mathieu Perreault is retiring as an NHL player to move into a broadcasting position with TVA Sports. A hardworking and versatile 34-year-old forward, he spent 13 seasons with the Washington Capitals, Anaheim Ducks, Winnipeg Jets and Montreal Canadiens, netting 352 career points in 708 games.

SPECTOR’S NOTE: Best wishes to Perreault in his new job.