​Some players express reluctance about return-to-play plan, hub cities could be in Canada, negotiations continue toward new CBA, and much more in today’s NHL morning coffee headlines.

SPORTSNET: Mike Johnston reports Frederik Andersen admitted he’s not fully confident yet about the resumption of the NHL season. The Toronto Maple Leafs goaltender said he and his fellow players haven’t received enough information on the return-to-play plan as the league and the NHL Players’ Association continue to hash things out. Andersen said he still wants to play and remains hopeful of seeing something the players can vote on soon. 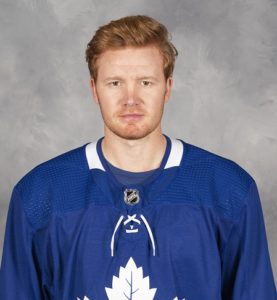 Meanwhile, Johnston’s colleague Eric Engels reported five anonymous players voiced their unhappiness and frustration with being kept in the dark about the return-to-play negotiations.

One of them estimated up to 75 percent of the NHLPA membership didn’t want to play this summer, citing health and injury concerns. Another considered the PA calls with players a joke, claiming they’re only focused on the financial side. Despite those issues, one of them believes the players will likely vote to approve whatever is presented to them, suggesting the playoff bonus money will be higher than ever if they play.

SPECTOR’S NOTE: Andersen isn’t the only player to go on the record claiming they still don’t know the details of the return-to-play plan. Montreal Canadiens goalie Carey Price recently indicated he wasn’t prepared to vote for the deal until more details had been sorted out, though he returned to Montreal earlier this week to participate in Phase 2 practice sessions. Several others also said the same.

The Athletic also recently published a report citing several anonymous players and agents expressing unease over playing in a hub city environment, with one agent suggesting up to 40 percent of the players were on the fence. The PA leadership could have a difficult job selling the merits of the plan to a membership expressing growing concern over the details.

Nevertheless, the players still control the fate of this season. If they vote for it despite their concerns they’ll have to accept the consequences.

TSN: Bob McKenzie reports it appears the NHL won’t reveal the two hub cities for the playoff tournament until the return-to-play plan and the CBA extension are agreed to pending player approval. He also thinks there’s a good chance both hubs could be in Edmonton and Toronto as Las Vegas seems to be falling out of the running. Chicago is also considered in the mix while Los Angeles is now out.

McKenzie also expected critical negotiations between the league and the PA to continue through last night. If all goes well, a vote by the players could take place by the end of this week.

**UPDATE** McKenzie reports the hub cities will be Edmonton and Toronto barring any last-minute complications.

TSN/NEW YORK POST/THE HOCKEY NEWS: Frank Seravalli, Larry Brooks, and Ken Campbell report the players could end up paying back their share of lost revenue to the owners for many years if a flat salary cap and a cap on escrow payments over the next two or three seasons becomes part of the CBA extension.

Seravalli points out the players could end up owing $325 million entering 2020-21 because of this season’s reduced revenue. If next season’s revenue is half of the projected $5 billion the league was anticipating for this season, an additional $600-$700 billion could be added to what the players already owe. It would take the following years under a flat cap (assuming revenue returns to normal) for the players to pay that back through escrow sometime during 2023-24.

Unrestricted and restricted free agents during that period could feel the effects, especially those coming off entry-level contracts. Brooks believes it will strangle contending clubs that historically spend toward the cap, forcing contract buyouts (though not amnesty buyouts as sources told Brooks), more arbitration hearings, and flooding the free-agent market.

SPECTOR’S NOTE: As always with the NHL CBA, the devil is in the details and we don’t know what those are yet.  Nevertheless, the escrow issue could prove the determining factor in the players’ vote on the return-to-play plan.

If a CBA extension creates those aforementioned issues, it would affect how teams have built and maintained their rosters, resulting in a considerable amount of player movement. It could also set the table for another lengthy labor war down the road when the extension expires in 2026.

SPORTSNET: Elliotte Friedman reports participation in the Winter Olympics is part of the proposed CBA extension. The players would participate in at least the 2022 Beijing Games.

SPECTOR’S NOTE: That would be a major concession from the league. If I were a player, however, I’d be suspicious about what I might have to give up in return.

**UPDATE*** TSN’s Bob McKenzie reports a long night of negotiations appears to have resulted in agreements on most issues regarding return-to-play and CBA extension. A couple of issues could be finalized today. However, nothing is official until both sides ratify a tentative agreement

TSN: The players with signing bonuses in their contracts paid out on July 1 are expected to receive them as planned, though some might be pushed to next week. That’s an expenditure of over $300 million.

ARIZONA SPORTS: Coyotes winger Phil Kessel admitted he’d been nursing injuries for most of this season. That could account for his decline in production, though he didn’t use that as an excuse. Kessel added he’s looking forward to a bounce-back performance.

LE JOURNAL DE MONTREAL: The Carolina Hurricanes have parted ways with Rick Dudley, who was their VP of hockey operations.

SPECTOR’S NOTE: That’s sparked speculation he could be headed to the Buffalo Sabres, who gutted their front-office staff last month.

THE SCORE: St. Louis Blues scoring star Vladimir Tarasenko is reportedly ready to return to action when the 24-team playoff tournament begins later this summer. In an interview with The Athletic’s Jeremy Rutherford, Blues head coach Craig Berube complimented the 28-year-old winger for his rehab efforts and remaining in shape as he recovered from early-season shoulder surgery. 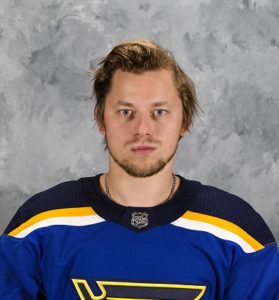 SPECTOR’S NOTE: Tarasenko is one of the Blues’ corp players and a key reason they won the Stanley Cup last season. Having their top sniper healthy in time for the proposed playoff tournament provides a welcome boost to the Blues’ offense as they attempt to defend their championship.

NEW YORK POST: Larry Brooks reports the Eastern Conference teams participating in the playoff tournament will play in Las Vegas, which is expected to be named one of the two host cities.

The top-four Eastern clubs (Boston, Tampa Bay, Washington, and Philadelphia) have a bye from the qualifying round and will play a round-robin against each other to determine their final seeding. The qualifying round matchups see the New York Rangers face Carolina, New York Islanders take on Florida, Pittsburg against Montreal, and Toronto versus Columbus.

SPECTOR’S NOTE: The rationale here is to remove any possibility of home-ice advantage. In other words, the Vegas Golden Knights won’t be able to benefit from playing in their home arena during the tournament.

Brooks also reports Games 1 and 2 and Games 3 and 4 of the qualifying round will be played back-to-back with one day off in between. That’s similar to the playoff scheduling format for the first two rounds in 1980-1984 and for the first round throughout the 1980s.

SPECTOR’S NOTE: For hockey fans with no memory of what the 1980s playoff schedule was like, here’s your chance to see if it was as good as older fans claim it was.

It has yet to be determined if non-NHL players signed to NHL contracts for next season will be allowed to participate in the tournament.

Brooks also reports the 2020-21 season could start in December or January to play as much of the schedule as possible with fans in the stands. It could be conducted with a conference-only format.

SPORTSNET: Elliotte Friedman reports the league is strongly encouraging players in need of extending their work visas through the post-season to return to Canada or the United States (depending on which of the two countries they play in) by June 21. The league’s usual annual calendar expires on June 30.

SPECTOR’S NOTE: Friedman writes that it could generate some dissatisfaction among the players because it’s not mandatory to report to their NHL cities under the current phase of the return-to-play plan. Nevertheless, this will be necessary if the players on work visas intend to be ready when training camp opens on July 10.

THE SCORE: Chicago mayor Lori Lightfoot told The Athletic she’s hopeful her city will be selected as one of the two hosts for the playoff tournament. She feels Chicago is well-situated to accommodate 12 NHL teams, pointing out the ongoing decline in COVID-19 cases within the state. The league is expected to formally announce the host cities on June 22

ARIZONA SPORTS: A Coyotes staff member tested positive for COVID-19. He is asymptomatic and is self-isolating at home while those who were in close contact with him have been notified. He’s the only member of the team who tested positive during the club’s Phase 2 testing protocol.

SPECTOR’S NOTE: He’s also the second NHL person this past week to test positive for the coronavirus. This is yet another indication of the difficulty the league faces to ensure the health and safety of its players and staff to complete this season. While Las Vegas is reportedly one of the two host cities, these tests could have an effect upon the decision for the second city.

The @CanadiensMTL Phase 2 will start officially Monday at the practice facility. So far, 4 players have made a request to access the rink: Paul Byron, Jonathan Drouin, Charles Hudon and Michael McNiven. Tests on Monday and ice will be available on Tuesday.

← NHL Rumor Mill - June 13, 2020 Sunday NHL Rumor Roundup - June 14, 2020 →
We use cookies on our website to give you the most relevant experience by remembering your preferences and repeat visits. By clicking “Accept”, you consent to the use of ALL the cookies.
Do not sell my personal information.
Cookie SettingsAccept
Manage consent