A look at some notable news from Wednesday’s preseason games, the Czechia government will allow Russian players on the Sharks and Predators into the country, and more in today’s NHL Morning Coffee Headlines.

NHL.COM: New Calgary Flames Jonathan Huberdeau, Nazem Kadri and MacKenzie Weegar each had points in a 4-0 blanking of the Edmonton Oilers in preseason competition. 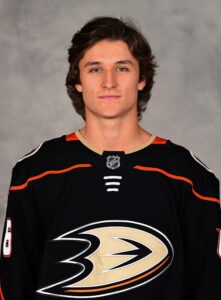 SPECTOR’S NOTE: No update on Zegras’ condition following the game. Hopefully, there will be more details today.

Matt Murray turned in a 16-save shutout for the Toronto Maple Leafs as they blanked the Montreal Canadiens 3-0. It was a costly win for the Leafs as defensemen Jordie Benn and Carl Dahlstrom left the game with injuries. In a pre-game ceremony, the Leafs and Canadiens honored members of the 1972 Team Canada squad on the 50th anniversary of its thrilling Summit Series win over the Soviet Union.

Goaltender Alexandar Georgiev gave up six goals on 18 shots as the Colorado Avalanche were thumped by the Vegas Golden Knights 7-1. Georgiev was acquired by the Avs during the offseason.

Washington Capitals forward Dylan Strome scored twice in a 3-1 victory over the Philadelphia Flyers. Strome signed with the Capitals as a free agent this summer.

THE ATHLETIC’s Aaron Portzline tweeted that Columbus Blue Jackets center Cole Sillinger skated yesterday in a no-contact jersey during practice. It’s his first time on the ice since suffering an upper-body injury on the first day of training camp.

BOSTON HOCKEY NOW: Jack Studnicka faces a now-or-never scenario to become a Bruins’ regular. Chosen by the Bruins in the second round of the 2017 draft, the 23-year-old center has spent the past three seasons bouncing between the big club and their AHL affiliate in Providence.

SAN JOSE HOCKEY NOW: The government of Czechia will allow the Sharks and Nashville Predators to bring their Russian players to Prague to participate in the two-game NHL Global Series on Oct. 7 and 8. Czechia has banned Russian athletics in a show of solidarity with Ukraine. The players will be allowed to participate on short-term visas.

EDMONTON JOURNAL: Before going on to a career in hockey, Oilers head coach Jay Woodcroft was a child actor who appeared in the Canadian TV show The Littlest Hobo and had a bit part in the movie Separate Vacations.

SPECTOR’S NOTE: Woodcroft was also named the NHL’s most handsome coach. Perhaps Hollywood or a career as a male model beckons if this coaching gig doesn’t pan out…

← Notable NHL Headlines - September 28, 2022 NHL Rumor Mill - September 29, 2022 →
We use cookies on our website to give you the most relevant experience by remembering your preferences and repeat visits. By clicking “Accept”, you consent to the use of ALL the cookies.
Do not sell my personal information.
Cookie SettingsAccept
Manage consent