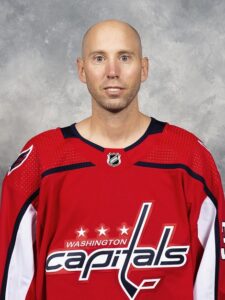 A look at the Central Division, Tyler Seguin believes the Stars are “all-in” for the coming season, and more in today’s NHL morning coffee headlines.

NBC SPORTS: Scott Billeck believes the Dallas Stars and Colorado Avalanche are on the rise in the Central Division. He also believes the Nashville Predators and the Stanley Cup champion St. Louis Blues remain strong. It remains to be seen how the Winnipeg Jets and Chicago Blackhawks perform following their offseason move. The Minnesota Wild, meanwhile, are expected to struggle. SPECTOR’S NOTE: Pavelski will certainly improve the Stars’ scoring depth. The jury’s out on an aging Corey Perry, who missed most of last season to a knee injury. If Sekera can rebound from the injuries that sidelined him for most of the past two seasons, he should be an effective addition to their blueline.

THE BOSTON GLOBE: Thanks for friend and former Bruins teammate Cam Neely, Geoff Courtnall is celebrating nearly a decade of sobriety and wants to help others. Courtnall spent 17 seasons in the NHL with five teams – five with the Bruins – from 1983-84 to 1999-2000.

YARDBARKER: Former Los Angeles Kings defenseman Slava Voynov signed a one-year contract with the KHL’s Avangard Omsk. Voynov is under a one-year suspension by the NHL “as additional punishment from his domestic abuse incident back in 2014”. While that suspension was cut in half in May, the Kings have no intention of bringing him back and no other NHL club is interested in his rights.

SPECTOR’S NOTE: Voynov is toxic in the NHL. No club wants the bad publicity they’ll get from signing him.