NHL.COM: Borje Salming released a statement yesterday revealing he’s been diagnosed with ALS, commonly known as Lou Gehrig’s disease. He played 16 of his 17 NHL seasons with the Toronto Maple Leafs from 1973 to 1989. 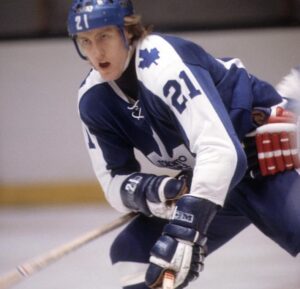 Salming, 71, indicated he’s receiving the best medical care and that there are treatments to slow the disease’s progression. He remains positive and asks the public to respect his privacy.

SPECTOR’S NOTE: My thoughts are with Salming and his family as he battles ALS. The Hall-of-Famer is one of the greatest players in Leafs history. He’s a pioneer for European hockey players, blazing a trail in the NHL in the 1970s.

Salming holds the Leafs franchise record for career assists (620) and sits fourth with 768 career points. From 1974-75 to 1979-80, he was a four-time finalist for the Norris Trophy as the NHL’s top defenseman, was named to the First All-Star Team in 1976-77 and to the Second All-Star Team five times.

BOSTON HOCKEY NOW: Bruins general manager Don Sweeney characterized his contract negotiations with David Pastrnak as “ongoing”. He indicated the club is prepared to go into the coming season with the 26-year-old winger unsigned if the two sides cannot agree to a contract extension before then. Pastrnak is slated to become an unrestricted free agent next July.

SPECTOR’S NOTE: Plenty of time remains for the two sides to reach an agreement on a new deal. Sweeney indicated Pastrnak is still in Europe and expects to get more clarification on a timeline for working out a new contract upon his return. He also said he’s been in regular contact with the winger’s agent.

DETROIT HOCKEY NOW: The Red Wings avoided arbitration with Jake Walman by signing the 26-year-old defenseman to a one-year, one-way contract worth $1.05 million.

SPECTOR’S NOTE: The arbitration period ends today. Of the 26 players who filed this year, all but one (Nashville’s Yakov Trenin) avoided the process by signing new contracts with their respective clubs before their scheduled hearings.

WINNIPEG SUN: The Jets reached an agreement with forward David Gustafsson on a two-year contract worth an average annual value of $775K at the NHL level. The first season is a two-way deal and becomes one-way for the second season.

WASHINGTON HOCKEY NOW: Winger Johan Larsson reportedly signed a three-year contract with Swedish Hockey League club Brynas IF. The deal has yet to be officially announced. Larsson, 30, spent 10 seasons with the Minnesota Wild, Buffalo Sabres, Arizona Coyotes and Washington Capitals from 2012-13 to 2021-22.

SPECTOR’S NOTE: My sincere condolences to Stetler’s family and the Oilers organization.