New deals for Igor Shesterkin and Carter Hart top yesterday’s notable contract signings and the contract standoff between Kirill Kaprizov and the Wild intensifies. Details on these and other stories in today’s NHL morning coffee headlines. 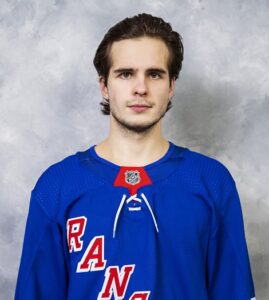 SPECTOR’S NOTE: This is a reasonable deal for both sides. The Rangers kept Shesterkin’s annual cap hit under $6 million and the 25-year-old goaltender qualifies for UFA status in four years times. He’s shown considerable promise as an elite netminder in his brief NHL career. This contract will look quite affordable if he reaches his full potential.

NBC SPORTS PHILADELPHIA: The Flyers signed goalie Carter Hart to a three-year contract worth an annual average value of $3.95 million.

SPECTOR’S NOTE: Hart might’ve earned himself a deal comparable to Shesterkin’s had it not been for his struggles last season. That worked in favor of the Flyers, inking the 23-year-old to a cost-effective bridge contract. He’ll be in line for a considerable raise in three years’ time if he regains his promising form from 2019-20.

SPECTOR’S NOTE: Like Hart, Samsonov’s inconsistent performance last season hurt his efforts for a more lucrative deal. The 24-year-old also displayed some immaturity by testing positive twice for COVID-19 and getting scratched for disciplinary reasons late in the season for missing a team function.

DAILY FACEOFF: Frank Seravalli reports Kirill Kaprizov has a tentative agreement with KHL club CSKA Moscow for a one-year deal worth 8 figures in US dollars if a new deal with the Minnesota Wild doesn’t materialize.

The Wild initially sought a seven- or eight-year deal for the Calder Trophy winner. They’re willing to discuss a medium-range deal but the Kaprizov camp claims no offer has been made since April.

SPECTOR’S NOTE: An interesting development in the contract standoff between Kaprizov and the Wild. I’ll have more in today’s Rumor Mill update.

MLIVE.COM: The Detroit Red Wings and Jakub Vrana are reportedly far apart in contract negotiations as his Wednesday arbitration hearing approaches. Acquired from the Capitals at last season’s trade deadline, the 25-year-old winger seeks $5.7 million annually while the Red Wings are offering $3.65 million. He’s completing a two-year contract valued at $3.35 million per season.

SPECTOR’S NOTE: The two sides could agree to something around $4.4 million before tomorrow’s arbitration hearing.

CALGARY SUN: The Flames signed blueliner Oliver Kylington to a one-year, two-way deal worth $750K at the NHL level.

SPECTOR’S NOTE: Best wishes to Murray for a speedy and full recovery.

TRIBLIVE.COM: After 46 seasons in the broadcast booth, Mike Lange has called his last game for the Pittsburgh Penguins. The 73-year-old is stepping down from play-by-play duties, though he’ll continue to provide commentary and voiceover work for the club’s radio network.

Famous for his colorful style and signature catchphrases, Lange has been scaling back his broadcasting duties since 2017. In 2001, he received the Foster Hewitt Award for broadcasting from the Hockey Hall of Fame.

SPECTOR’S NOTE: Listening to Penguins’ games will never be the same. Best wishes to Lange in his retirement.

← NHL Rumor Mill - August 9, 2021 NHL Rumor Mill - August 10, 2021 →
We use cookies on our website to give you the most relevant experience by remembering your preferences and repeat visits. By clicking “Accept”, you consent to the use of ALL the cookies.
Do not sell my personal information.
Cookie SettingsAccept
Manage consent