NHL.COM: Tampa Bay Lightning goaltender Andrei Vasilevskiy turned in a 25-save shutout in a 3-0 blanking of the Carolina Hurricanes. Alex Killorn collected two assists and rookie Ross Colton tallied his first NHL goal as the Lightning (25 points) move to within one point of the first-place Florida Panthers in the Discover Central Division.

Speaking of the Panthers, they fell 3-0 to the Dallas Stars. Anton Khudobin kicked out 43 shots for the shutout and Joe Pavelski picked up two assists as the Stars snapped a six-game winless skid. 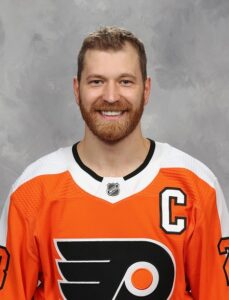 William Nylander scored the tying and winning goals as the Toronto Maple Leafs edged the Calgary Flames 2-1 in overtime. Flame goalie David Rittich made 37 saves as he was denied his second straight shutout of the Leafs.

Minnesota Wild winger Zach Parise tallied his 800th career point and teammate Mats Zuccarello got his 400th in a 6-2 victory over the Colorado Avalanche. Nico Sturm also scored twice as the Wild (20 points) have won four straight games to sit one point behind the fourth-place Arizona Coyotes in the Honda West Division.

Speaking of the Coyotes, they overcame a 3-0 deficit to defeat the Anaheim Ducks for the second straight game. Phil Kessel had a goal and an assist for Arizona as they took the game on a shootout goal by Christian Dvorak. Coyotes backup Adin Hill made 14 saves in relief of Darcy Kuemper after the latter left the game with a lower-body injury.

The Los Angeles Kings picked up their sixth straight victory by hanging on for a 2-1 win over the St. Louis Blues. Cal Petersen turned aside 35 shots for the win on second-period goals by Alex Iafallo and Andreas Athanasiou.

ESPN.COM: Emily Kaplan reports the Kontinental Hockey League said it had not been made aware of or received any complaint in relation to any incident involving Artemi Panarin back in December 2011.

Panarin’s former KHL coach Andrei Nazarov alleged the Rangers winger assaulted a young woman in a bar following a game in Riga, Latvia. The KHL said it would’ve investigated any such complaint as they take allegations of misconduct “incredibly seriously”.

To date, there’s been no corroborating evidence to support Nazarov’s allegation. No victim has come forward nor has there been any police record of the alleged incident. Kip Brennan and Jon Mirasty, two of Panarin’s former Vityaz teammates, both said they never knew or heard of the incident taking place.

Another former teammate, Mikhail Anisin, told Russian outlet Sport-Express the incident didn’t play out as Nazarov described, recalling Panarin “didn’t beat anyone, maybe pushed one girl a little bit, nothing more” in a karaoke bar. Anisin said police did come to the team hotel but left after determining the situation didn’t warrant charges. He also rejected the notion of the police being paid off as the players at the time didn’t have that type of money.

Panarin remains on a leave of absence from the Rangers as he deals with this situation. NHL deputy commissioner Bill Daly said the league is looking into the allegations. Kaplan said it would be uncharacteristic of the league to punish Panarin without corroborating evidence.

SPECTOR’S NOTE: The allegation against Panarin is quickly falling apart. Unless Nazarov can produce evidence to corroborate his story he should withdraw his comments and issue an apology to the Rangers’ star.

SPORTSNET: The NHL postponed Thursday’s game between the San Jose Sharks and Vegas Golden Knights after a Sharks player tested positive for COVID-19. Sharks center Tomas Hertl was placed on the league’s COVID-19 list yesterday. New York Rangers defenseman K’Andre Miller was also added to the list, which is now down to eight players, four of them members of the Flyers.

PITTSBURGH HOCKEY NOW: Penguins winger Jason Zucker has returned to Pittsburgh for further evaluation for what appeared to be an injured knee or ankle suffered during their recent game against the Washington Capitals.

THE NEWS & OBSERVER: The Carolina Hurricanes will soon be allowed to admit some fans to their games following North Carolina governor Roy Cooper’s announcement yesterday that indoor arenas can open to 15 percent capacity.

NHL.COM: Former NHL goaltender Gary Inness passed away on Feb. 23 from dementia at age 71. Inness played 162 NHL games with the Pittsburgh Penguins, Philadelphia Flyers and Washington Capitals from 1973-74 to 1980-81. He also coached the AHL’s Hershey Bears from 1981-82 to 1984-85. Following his hockey career, he became a teacher and guidance counselor at Barrie North Collegiate Institute until his retirement in 2010. 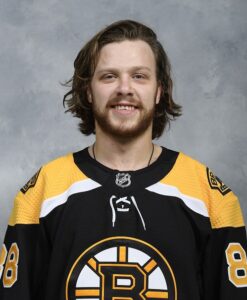