The Avalanche trade Ryan Graves to the Devils, the Panthers buy out Keith Yandle, Ben Bishop agrees to waive NMC for the expansion draft, Leafs give Zach Hyman permission to speak to other clubs, and more in today’s NHL morning coffee headlines.

THE DENVER POST/NORTHJERSEY.COM: The Colorado Avalanche last night traded defenseman Ryan Graves to the New Jersey Devils in exchange for forward Mikhail Maltsev and a second-round pick in the 2021 NHL draft. 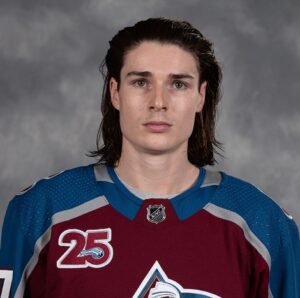 SPECTOR’S NOTE: The Avalanche risked losing Graves to the Seattle Kraken for nothing in next week’s expansion draft. They get a promising young forward in Maltsev and replace the second-round pick they shipped to the New York Islanders last fall for Devon Toews. The move also gives the Avs some much-needed salary-cap relief, replacing Graves’ $3.21 million annual average value with Maltsev’s $925K for 2021-22.

Graves, 26, established himself as a quality top-four defenseman during his tenure with the Avalanche. The 6’5”, 220-pounder brings a good mix of size, physical play and a solid defensive game to the Devils’ blueline.

NBC SPORTS: The Florida Panthers have bought out the remaining two years of Keith Yandle’s contract. The 34-year-old defenseman had an annual average value of $6.35 million. The first year of the buyout will count as $2.34 million against the Panthers’ cap for 2021-22, jumping to $5.3 million for 2022-23, and dropping to $1.24 million annually for the final two seasons.

SPECTOR’S NOTE: Things were coming to a head between Yandle and the Panthers this season. He was nearly a healthy scratch to start the season, which would’ve threatened his Ironman consecutive games streak. He was scratched from three postseason games. This move freed up immediate cap room to address other needs.

THE DALLAS MORNING NEWS: Stars goaltender Ben Bishop agreed to waive his no-movement clause for the upcoming expansion draft. That will allow the Stars to protect goalie Anton Khudobin as promising Jake Oettinger is exempt from the draft.

SPECTOR’S NOTE: Bishop missed all of this season recovering from a knee injury. His lengthy injury history likely means the Kraken will pass on selecting him in next week’s draft.

THE SCORE: cited TSN’s Darren Dreger reporting the Toronto Maple Leafs are allowing Zach Hyman to speak with other teams. The 29-year-old left-winger is slated to become an unrestricted free agent on July 28.

SPECTOR’S NOTE: There’s a chance the Leafs could match the best offer but that appears slim. I’ll have more on Hyman in today’s Rumor Mill.

TSN: Darren Dreger speculates Shea Weber’s situation could end in a dispute between the NHL and NHLPA if the league doesn’t allow the Canadiens to put the 35-year-old defenseman on long-term injury reserve. Weber’s career is in jeopardy from the effects of multiple injuries suffered over the past four seasons. He’s reportedly expected to miss the entire 2021-22 season.

SPECTOR’S NOTE: Everyone is waiting for clarity on this before deciding what to do next. Weber is reportedly getting a second medical opinion. Dreger indicated the timing of this situation is what’s clouding the issue with the expansion draft coming up.

THE SCORE: Columbus Blue Jackets goaltender Elvis Merzlikins said Matiss Kivlenieks died a hero during the memorial service for his late teammate. Kivlenieks died at age 24 from chest trauma from a fireworks mortar blast. The tube tilted and started firing toward a hot tub. Merzlikins and his pregnant wife were nearby. He said the young goaltender sacrificed his life to protect others

SPECTOR’S NOTE: RIP Matiss, your last save was your biggest.

← NHL Rumor Mill - July 15, 2021 NHL Rumor Mill - July 16, 2021 →
We use cookies on our website to give you the most relevant experience by remembering your preferences and repeat visits. By clicking “Accept”, you consent to the use of ALL the cookies.
Do not sell my personal information.
Cookie SettingsAccept
Manage consent