​The Rangers win the 2020 draft lottery, the Panthers formally part company with Dale Tallon, the opening round of the 2020 playoffs begin today and more in the NHL morning coffee headlines. 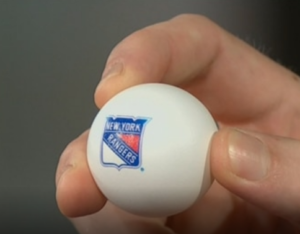 NHL.COM: The New York Rangers won Phase 2 of the 2020 NHL Draft Lottery yesterday, giving them the first-overall pick and the opportunity to select top prospect Alexis Lafreniere of the QMJHL’s Rimouski Oceanic.

The Hurricanes received the Leafs pick as part of the return in last June’s Patrick Marleau trade.

SPECTOR’S NOTE: It was 24 hours of suck for the Maple Leafs. They would’ve kept that pick had they won the lottery.

As a result of the Penguins acquiring Jason Zucker in February from the Wild, Pens general manager Jim Rutherford has seven days to decide if he’ll send this year’s first-rounder to the Wild or defer the pick to 2021.

SUN-SENTINEL.COM: The Florida Panthers have parted ways with general manager Dale Tallon. He’d been with the club for 10 years, most of that period as GM. The club issued a statement indicating the decision was mutual. It’s believed they’ll look outside the organization for a replacement. Assistant GM Eric Joyce takes over on an interim basis.

SPECTOR’S NOTE: The Panthers made little progress toward their goal of becoming a Stanley Cup contender during Tallon’s tenure. His replacement must build around the club’s core talent (Aleksander Barkov, Jonathan Huberdeau, Aaron Ekblad), addressing their weaknesses (such as their poor defensive play), and change the culture of losing that’s dogged this franchise for over two decades.

NHL.COM: The opening round of the 2020 Stanley Cup playoffs begins today with four games. The Columbus Blue Jackets face off against the Tampa Bay Lightning (3 pm ET), the Calgary Flames meet the Dallas Stars (5:30 pm ET), the Carolina Hurricanes square off against the Boston Bruins (8 pm ET), and the Chicago Blackhawks go up against the Vegas Golden Knights (10:30 pm ET).

SPORTSNET: Blue Jackets goaltender Elvis Merzlikins is sidelined indefinitely. As per league protocols, no information was revealed regarding his condition.

CBS SPORTS: Philadelphia Flyers winger Jakub Voracek (undisclosed) will be a game-day decision when his club faces off with the Canadiens in Game 1 of their opening-round series on Wednesday.

STLTODAY.COM: Blues winger Sammy Blais could miss the start of his club’s opening-round series against the Vancouver Canucks. He suffered an apparent leg injury during Sunday’s round-robin loss to the Dallas Stars.

TSN: The NHL reported no positive COVID-19 tests in its first two weeks in their secure zones in Edmonton and Toronto.

NHL.COM: The Hockey Hall of Fame has postponed its Induction Weekend ceremonies (Nov. 13-16) because of the COVID-19 pandemic. Rescheduling plans will be made during the board of directors meeting on Oct. 29.

TSN: Long-time NHL insider Bob McKenzie is scaling back his schedule in what he deemed a “soft retirement”. He’ll still appear in special events like the World Juniors and the NHL Trade Deadline.

SPECTOR’S NOTE: McKenzie is the best-connected man in hockey and the most trusted insider. Best wishes in his future endeavors.