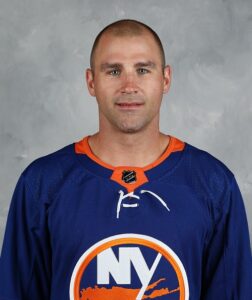 The Islanders, however, have not announced Boychuk as retired, meaning he’ll likely go on long-term injury reserve. That will allow the Isles to exceed their accruable cap space limit by the $6 million annual average value on his contract, which expires at the end of 2021-22.

SPECTOR’S NOTE: Best wishes to Boychuk in his future endeavors. He collected 206 points in 725 games with the Colorado Avalanche, Boston Bruins and the Islanders, winning the Stanley Cup with the Bruins in 2011.

According to Cap Friendly, the Isles have just $3.9 million in salary-cap space. Placing Boychuk on LTIR will free up sufficient space to sign restricted free agent center Mathew Barzal.

For those of you wondering why Boychuk hasn’t retired outright, it would mean forfeiting the remaining salary on his contract.

TAMPA BAY TIMES: The Lightning yesterday re-signed Mikhail Sergachev to a three-year contract worth an annual average value of $4.8 million. The 22-year-old defenseman was a restricted free agent coming off his entry-level contract.

SPECTOR’S NOTE: Sergachev has rapidly blossomed into one of the Lightning’s top defensemen whose best seasons are still ahead of him. He’ll become a restricted free agent with arbitration rights at the end of it.

The deal is also structured to pay him more in the final season when league revenue is expected to improve. Cap Friendly indicates he’ll get $2.4 million in actual salary this season, $4.8 million in 2021-22 and $7.2 million in 2022-23. It’ll cost the Lightning big bucks to qualify his rights and re-sign him at the end of this deal.

Sergachev’s new contract also pushes the Lightning above the $81.5 million salary cap by $1.9 million. They must also sign center Anthony Cirelli and blueliner Erik Cernak. I’ll have more about their possible moves to become cap compliant in today’s Rumor Mill.

TSN’s Pierre LeBrun tweeted NHLPA executive director Donald Fehr and NHL commissioner Gary Bettman haven’t spoken since last Thursday. He believes that speaks to how the players feel about the league’s requests for increases to the salary deferral/escrow rates. LeBrun thinks there’s still time to salvage this but next week could be crucial.

SPECTOR’S NOTE: LeBrun could be referring to starting the season by the proposed date of Jan. 1. I think the time’s run out for that. However, there’s an ongoing belief among the punditry that the two sides will work something out to start up the season by late January or early February.

THE SCORE: Team Canada is halting its World Junior selection camp and entering a 14-day quarantine period after two players tested positive for COVID-19. Workouts and meetings will be conducted via video call while scrimmages for the weekend are canceled. The 2021 World Junior Championship is slated to begin on Christmas Day in a bubble environment in Edmonton similar to that used by the NHL for the 2020 playoffs.

SPORTSNET: A memorial fund for the late Joey Moss raised nearly $1 million through a 50/50 raffle. Moss, the long-time dressing room attendant for the Edmonton Oilers and the CFL’s Edmonton Eskimos, passed away in October at age 57. 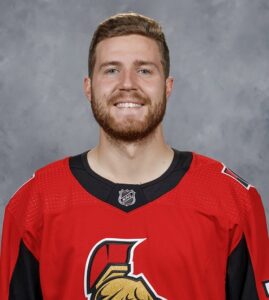 NHL.COM: Winnipeg Jets rookie Patrik Laine scored twice in the third period and netted the winner in overtime to give his club a 5-4 come-from-behind victory over the Toronto Maple Leafs, who at one point led the Jets 4-0.  Nazem Kadri scored twice and William Nylander had a goal and an assists for the Leafs, while their rookie star Auston Matthews collected an assist.

SPECTOR’S NOTE:  That was an impressive performance by Laine, who is considered a future star for the Jets. The media is already playing up a so-called rivalry between Matthews, the first-overall pick in the 2016 NHL Draft, and Laine, the second-overall selection, trying to make it this generation’s “Crosby-Ovechkin”. However, it’s far too early to start making that comparison.

Goaltender Jimmy Howard made 32 saves to backstop the Detroit Red Wings to a 2-1 win over the New York Rangers, who dominated the play through the first 40 minutes. Thomas Vanek and Drew Miller scored as the Wings overcame a 1-0 deficit. Mika Zibanejad tallied the Rangers’ only goal.

LOS ANGELES TIMES:  Kings goaltender Jonathan Quick underwent a non-surgical procedure to strength a groin tendon and could be sidelined for up to three months.

SPECTOR’S NOTE: That leaves the Kings goaltending duties to backup Jeff Zatkoff and call-up Peter Budaj. Could be worth keeping an eye on their performances. If they struggle, Kings management could be forced into the trade market for help.

TRIBLIVE.COM:  Kris Letang (upper-body injury) and Conor Sheary (facial injury) are listed as day-to-day, but aren’t expected to be sidelined for long.

STLTODAY.COM: The St. Louis Blues placed center Jori Lehtera (upper-body injury) on injured reserve. The earliest he could return is Oct. 25 against the Calgary Flames.

TORONTO STAR: The Maple Leafs and defenseman Jared Cowen are awaiting an arbiter’s decision on the club’s attempt to buy out the remainder of his contract. Cowen claims he was still suffering the effects of injury when the Leafs tried to buy him out in June. Under the CBA, players still hampered by injuries suffered from game action during the season cannot be bought out.

Game recaps, plus updates on the Sedins, Dion Phaneuf and Devante Smith-Pelly, the latest on the Jets, and long-time Oilers locker-room attendant Joey Moss is inducted into the Alberta Sports Hall of Fame. END_OF_DOCUMENT_TOKEN_TO_BE_REPLACED