TVA SPORTS: Louis-Andre Lariviere reported Phillip Danault’s agent indicated his client wants to engage in contract talks with the Montreal Canadiens before training camp. “It would be Phillip’s preference to negotiate a contract at this point with the Canadiens,” said Don Meehan. “We are making efforts in this regard.” Danault is slated to become an unrestricted free agent next summer. 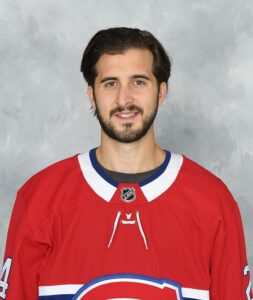 SPECTOR’S NOTE: The strong postseason performances of young centers Nick Suzuki and Jesperi Kotkaniemi raised questions about Danault’s place in the Canadiens lineup next season and his long-term future in Montreal. The longer he goes without a contract, the more we’ll hear his name come up in trade rumors next season.

THE SCORE: cited Pittsburgh Penguins general manager Jim Rutherford telling SiriusXM NHL Radio Network he believes Kasperi Kapanen could fit in well on the first line with Sidney Crosby and Jake Guentzel. Kapanen was acquired in a trade with the Toronto Maple Leafs in August. Rutherford is hopeful Kapanen’s speed and ability to track down pucks will make him a good fit on Crosby’s right wing.

SPECTOR’S NOTE: The Penguins will have a lethal complete first line if Kapanen plays as well as Rutherford hopes alongside Crosby and Guentzel.

SPECTOR’S NOTE: Grzelcyk gets a big pay raise over the $1.4 million annually of his previous contract. He’ll be taking on more responsibilities on Boston’s blue line following Torey Krug’s departure via free agency. Cap Friendly indicates the Bruins have over $6.6 million in salary-cap space with restricted free agent winger Jake DeBrusk to re-sign.

TRIBLIVE.COM: Speaking of the Penguins, they signed defenseman Cody Ceci to a one-year, $1.25 million contract.

SPECTOR’S NOTE: Ceci’s stock has tumbled as he’s now on his third team after being traded from the Ottawa Senators to the Maple Leafs in 2019. He earned $4.5 million on a one-year contract last season. A right-handed shot, he’ll likely skate on Pittsburgh’s third pairing. The Pens have $80.18 million invested in 23 players for 2020-21.

← NHL Rumor Mill - October 17, 2020 Sunday NHL Rumor Roundup - October 18, 2020 →
We use cookies on our website to give you the most relevant experience by remembering your preferences and repeat visits. By clicking “Accept”, you consent to the use of ALL the cookies.
Do not sell my personal information.
Cookie SettingsAccept
Manage consent