TORONTO SUN: Maple Leafs center Auston Matthews could miss the early part of training camp next month after undergoing wrist surgery on Friday. The procedure was deemed necessary after Matthews experienced discomfort from increasing his on-ice training schedule this week. The club didn’t reveal which wrist was operated on. Leafs training camp opens on Sep. 22. 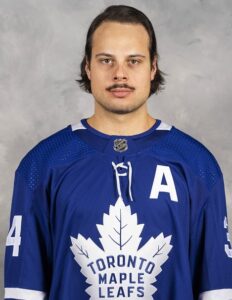 SPECTOR’S NOTE: Matthews was plagued by wrist and hand ailments throughout last season.

FLORIDA HOCKEY NOW: Joe Thornton signed a one-year, $750K contract with the Florida Panthers. He had 20 points in 44 games last season with the Maple Leafs.

SPECTOR’S NOTE: After 1,680 games, the 42-year-old Thornton is still chasing his first Stanley Cup. This could be his last opportunity. The Panthers are a very good team that has a legitimate shot at Cup contention this season. Thornton will bring a wealth of experience and leadership to their roster but it will be interesting to see where he fits into their regular lineup.

NHL.COM: The league has announced the start times for the 2021-22 season. It begins on Oct 12 with the Tampa Bay Lightning raising their Stanley Cup banner at Amelie Arena before facing off against the Pittsburgh Penguins at 7:30 pm ET. At 10 PM ET, the Seattle Kraken will play their first-ever NHL contest when they visit the Vegas Golden Knights at T-Mobile Arena in Las Vegas.

SPORTSNET’s Elliotte Friedman tweeted the NHL sent a memo updating its vaccination requirements to its 32 teams. “Any person whose job, role, position, or access entails them to have personal interactions (within 12 feet) with Club Hockey Operations personnel (including Players) are required to be Fully Vaccinated.” He also indicated the NHL/NHLPA protocols for the players are not yet completed.

THE SEATTLE TIMES: The Kraken signed defenseman Cale Fleury and winger Carsen Twarynski to a pair of one-year, two-way contracts each worth $750K at the NHL level.

NHL.COM: The Anaheim Ducks signed Mason McTavish to an entry-level contract. The 18-year-old center was the third-overall pick in the 2021 NHL Draft.

WINNIPEG SUN: On the 40th anniversary of the day they first signed Dale Hawerchuk, the Jets announced they will honor the late hockey legend with a statue. A section of a downtown street and an annual pond-hockey tournament will be named after Hawerchuk.

The 2021 NHL Draft begins tonight, the league releases its 2021-22 schedule, Shea Weber’s career is likely over due to injuries, the Flyers send Shayne Gostisbehere to the Coyotes, the Hurricanes trade Alex Nedeljkovic to the Red Wings, plus much more in today’s NHL morning coffee headlines.

NHL.com: The first round of the 2021 NHL Draft gets underway at 8 pm ET tonight. Rounds two through seven will be held on Saturday. Like last year, it will be a virtual draft. 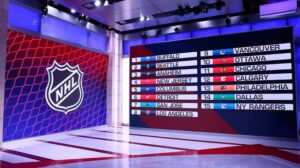 The Buffalo Sabres hold the first-overall pick. University of Michigan defenseman Owen Power is ranked this year’s top prospect but there’s no guarantee he’ll be selected by the Sabres. Power intends to return to university this fall but Sabres general manager Kevyn Adams said that won’t affect his club’s decision. The Seattle Kraken holds the second-overall selection with the Anaheim Ducks holds the third.

SPECTOR’S NOTE: Check out my 2021 NHL mock draft of the first round for Bleacher Report. I predict Power will be selected by the Sabres.

The NHL also unveiled its 82-game schedule for 2021-22. The season will begin Tuesday, Oct. 12 with the Pittsburgh Penguins visiting the defending Stanley Cup champion Tampa Bay Lightning while the expansion Seattle Kraken plays their first-ever NHL game as they visit the Vegas Golden Knights. The Kraken’s first home game is Oct. 23 as they host the Vancouver Canucks

MONTREAL GAZETTE: Canadiens general manager Marc Bergevin said he doesn’t expect team captain Shea Weber to play next season, adding the defenseman’s career is probably over because of injuries he tried to play through in recent years.

Bergevin confirmed goaltender Carey Price is in New York having his knee and hip examined with the possibility his knee could require surgery with a possible recovery period of 6-8 weeks. He also said he expects winger Jonathan Drouin will return to the team for training camp in September. Drouin took a season-ending leave of absence in March to deal with a personal matter.

SPECTOR’S NOTE: Bergevin anticipates the league will allow him to place Weber ($7.8 million cap hit) on long-term injury reserve for 2021-22. That would provide the Canadiens GM the flexibility to exceed the $81.5 million salary cap by the equivalent of Weber’s cap hit if necessary.

ARIZONA SPORTS: The Coyotes acquired defenseman Shayne Gostisbehere plus a 2022 second-round pick and a 2022 seventh-round pick from the Philadelphia Flyers without sending anything back in return.

SPECTOR’S NOTE: This was purely a cost-cutting move by the Flyers to shed Gostisbehere’s $4.5 million annual cap hit. “Ghost Bear” struggled over the past two years and could benefit from a change of scenery.

This is the second deal involving the Coyotes where they acquired a player and draft picks without sending anything the other way. They recently swung a deal with the New York Islanders for Andrew Ladd and three picks. As with the Gostisbehere deal, it was done by the Isles to clear some cap room.

The Flyers and Islanders paid a price to get those contracts off their books by giving up those draft picks to the Coyotes. Gostisbehere remains a decent NHL player and is expected to be part of the Coyotes roster next season. Ladd’s spent most of the past two seasons in the minors and could do so again in 2021-22.

THE DETROIT NEWS: The Red Wings acquired goaltender Alex Nedeljkovic from the Carolina Hurricanes in exchange for goalie Jonathan Bernier and a third-round pick in this year’s draft. Nedeljkovic signed a two-year contract with the Wings worth an annual average value of $3 million.

SPECTOR’S NOTE: This move baffled most observers. Nedeljkovic is a promising young netminder and a Calder Trophy finalist this season. However, it appears the Hurricanes front office wasn’t that enamored with his overall performance. Rather than face a possible salary arbitration battle, they opted to trade him to the Wings.

It’s believed the Hurricanes will seek a suitable replacement via trade or free agency. Nevertheless, this could backfire on them if Nedeljkovic goes on to a solid NHL career with the Wings.

NEW YORK POST: The Rangers signed forward Barclay Goodrow to a six-year contract worth an annual average value of $3.642 million. The deal also includes signing bonuses and a 15-team no-trade list. Goodrow was recently acquired from the Tampa Bay Lightning.

SPECTOR’S NOTE: The cap hit is reasonable but the term seems long for a player of Goodrow’s caliber. The 28-year-old is a solid third-line forward but comparable players usually get three or four-year deals at most. Cap Friendly indicates he’ll receive $5 million in actual salary in 2023-24 and $5.1 million in 2024-25.

CHICAGO TRIBUNE: The attorney handling two negligence lawsuits against the Blackhawks said one of her clients was bullied by several Blackhawks teammates after he accused Aldrich of sexually assaulting him.

SPECTOR’S NOTE: Blackhawks general manager Stan Bowman yesterday said he would cooperate with the internal investigation conducted by the legal team hired by the club. The Tribune reports he declined to comment on the specifics of the review or the events in 2010 citing the pending lawsuits.

CALGARY SUN: The Flames acquired forward Tyler Pitlick from the Seattle Kraken in exchange for a fourth-round pick in 2022.

CAP FRIENDLY: The Tampa Bay Lightning re-signed center Gemel Smith to a two-year, $1.5 million contract. The first year is a two-way deal with Smith earning $750K at the NHL level.

NHLPA: Matt Calvert announced his retirement from the NHL after 10 seasons due to a career-ending injury. He played 566 games with the Columbus Blue Jackets and Colorado Avalanche, tallying 203 career points.

SPECTOR’S NOTE: Best wishes to Calvert in his future endeavors.