Jonathan Huberdeau talks about the pressure of playing in Montreal, Canadiens’ new captain Nick Suzuki hopes to improve his proficiency in French plus the latest on Shea Theodore and more in today’s NHL Morning Coffee Headlines.

MONTREAL HOCKEY NOW: Jonathan Huberdeau recently addressed the offseason rumors linking him to the Canadiens prior to his re-signing with the Calgary Flames. A native of Saint-Jerome, Quebec, the 29-year-old winger acknowledged that “a lot of people” were saying he should play one year with the Flames and then sign next summer with the Canadiens as a free agent. 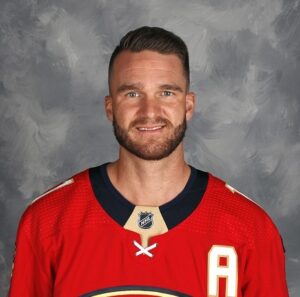 “As much as I love Montreal, I dunno. I think it’s a tough city for a French-Canadian,” said Huberdeau. “Calgary traded for me. If Montreal wanted to trade for me, they would’ve traded for me. That’s how I see it. And I want to play for a team that wants me. Calgary wanted me, so that’s why I wanted to sign a big extension.”

SPECTOR’S NOTE: Huberdeau’s stating his own opinion but it appears to confirm the suspected reluctance of Quebec-born players to play in Montreal. The pressure of being a Canadien is intense for any NHL star regardless of nationality or background but the burden would be much heavier for a Francophone. They would be expected to become the next great French-Canadien star and follow in the footsteps of the legends who’ve donned the Habs sweater in the past.

It’s one thing to be drafted and developed by the Canadiens where you can be gradually prepared for what you’re about to face. It’s another to jump into that unique hockey hotbed as a free agent when you’ve never experienced anything like it before in your professional career.

Visiting players only get a small taste of it and then move on. Experiencing that fishbowl existence on a full-time basis can be daunting for players used to a less-stressful hockey market.

MONTREAL GAZETTE: New Canadiens captain Nick Suzuki is hoping to become more proficient in French. A native of London, Ontario, the 23-year-old center takes no issue with local and provincial politicians calling on him to improve his French language skills.

“A lot of the Quebec politicians want (players) to speak French and that’s fair,” said Suzuki. “French is more spoken in Quebec than English.” He admitted living and working in bilingual Montreal can be challenging as he doesn’t get to use it in that city as much as he could. The Habs captain felt Canadiens players should have some level of French.

SPECTOR’S NOTE: This will become a non-issue for Suzuki if he becomes more fluent in French. However, it’s another factor that seems to make it difficult for the Canadiens to attract top free-agent talent to Montreal.

THE ATHLETIC: Vegas Golden Knights defenseman Shea Theodore recently announced another $50,000.00 donation to the Comprehensive Cancer Center of Las Vegas as part of his “Kay’s Power Play” fund launched in 2020.

The fund is named in memory of Theodore’s grandmother, Kay Darlington, who passed away in June 2020 due to breast cancer. “Kay’s Power Play” has already raised $250,000.00 to help women access breast cancer screening.

SPECTOR’S NOTE: Yet another example of an NHL player giving their time and money for charitable causes. Well done, Shea Theodore.

DAILY FACEOFF: Mike McKenna on how a surprising number of NHL veterans are trying to earn contracts with professional tryout offers as teams invest more money in young stars.

SPECTOR’S NOTE: The flattened salary cap since 2020-21 is also a contributing factor. It’ll be interesting to see how the number of PTOs are affected once cap increases rise by 2024 as projected.

The Coyotes could need a new home after this season, Auston Matthews to grace the cover of EA Sports NHL 22, an update on Zdeno Chara and more in today’s NHL morning coffee headlines.

THE ATHLETIC: Katie Strang reported yesterday the city of Glendale informed the Arizona Coyotes it is opting out of its joint lease agreement for Gila River Arena, making the 2021-22 season the club’s last at the facility. 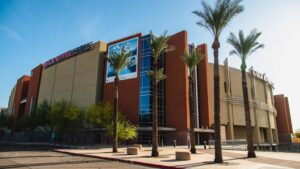 Strang indicates this notice comes following months of stalled negotiations between the two sides regarding terms for a lease extension, arena renovations, and multiple notices of outstanding and delinquent balances owed by the club as part of the current lease agreement.

“We’ve reached the point of no return,” said city manager Kevin Phelps, who oversees day-to-day operations and is also responsible for the arena management contract. “There’s no wavering”.

Coyotes president Xavier Gutierrez released a statement expressing the club’s disappointment with the decision. He is hoping the city will reconsider its position and restart negotiations for an extension.

“I’ve made my recommendation and told the (city) council what I was going to do, and I’ve got the full support of our city council,” he said. Phelps maintained the decision is in the best interest of the entertainment district and of the city.

SPECTOR’S NOTE: The long, tempestuous history between the Coyotes and the city of Glendale could be in its final chapter. The club has signaled its intent to build a new arena in or near downtown Phoenix. Morgan wondered how long Glendale would remain patient with the Coyotes’ year-to-year approach. Barring a last-minute change of heart, their tolerance is at an end.

This news sparked conjecture over whether the NHL will finally relocate the troubled franchise to a market such as Quebec City or Houston. Rest assured Bettman and the league will explore every option to keep the club in Arizona. Those efforts, however, will depend on where and when a new arena will be constructed. They certainly won’t have one built in time for the 2022-23 season.

TSN: Toronto Maple Leafs center Auston Matthews will grace the cover of EA Sports’ NHL 22. He was also on the cover of NHL 20. Matthews was the winner of the Maurice “Rocket” Richard Trophy as last season’s leading goal scorer.

SPECTOR’S NOTE: The news sparked some criticism on social media from non-Leafs fans. It’s a sign we’ve truly reached the dog days of summer. I doubt his visage on the cover will prevent gamers from buying it.

BOSTON HOCKEY NOW: A source claims it’s highly unlikely we’ll see a reunion between the Boston Bruins and former captain Zdeno Chara. The 44-year-old free-agent defenseman prefers playing in the Eastern Conference as his family still lives in Boston. Two other sources didn’t rule out Chara returning to the Bruins in a coaching or player management position if he decides to retire.

DETROIT FREE PRESS: The Red Wings bought out the contract of veteran forward Frans Nielsen. It will cost them $4.25 million against their cap this season but drops to $500K next season. The Wings also named Pat Verbeek as the general manager of their AHL affiliate in Grand Rapids.

SPECTOR’S NOTE: The Red Wings can afford to absorb Nielsen’s still-hefty buyout cap hit for this season. Cap Friendly shows them with over $19 million in cap space for 2021-22 following the buyout.

LAS VEGAS REVIEW-JOURNAL: Ryan Reaves has put his home in Summerlin on the market for $1.2 million. He was traded to the New York Rangers in July.

WGR 550: Buffalo Sabres 2021 first-round pick Owen Power is returning to the University of Michigan for another season.

SPECTOR’S NOTE: That sparked speculation by some fans on social media suggesting Power didn’t want to play for the troubled Sabres. In reality, the young defenseman indicated he was considering returning to college this season well before the NHL draft.

ESPN.COM: Greg Wyshynski takes a deep dive into the NHL’s decision to allow ads on player jerseys. Among the many interesting tidbits:

Ads for alcohol, tobacco and marijuana products won’t be allowed. Ditto anything sexualized.

There will be limitations for sportsbook gaming ads. Fans will be able to buy team jerseys without the ads.

The league is also limiting sales to one sponsor on the jersey. It is also adamant the jerseys won’t look like those in European leagues that feature multiple ads.

THE PROVINCE: The Canucks were among the first NHL teams to briefly have sponsors on their practice jerseys in the late-1980s and early-1990s. Those didn’t last long as the league brain at the time frowned upon it.

← NHL Rumor Mill - August 19, 2021 NHL Rumor Mill - August 20, 2021 →
We use cookies on our website to give you the most relevant experience by remembering your preferences and repeat visits. By clicking “Accept”, you consent to the use of ALL the cookies.
Do not sell my personal information.
Cookie SettingsAccept
Manage consent