The Golden Knights’ new coach hopes to help Jack Eichel improve while Nick Suzuki talks about the Canadiens’ captaincy and the pressure of playing in Montreal. Details and more in today’s NHL Morning Coffee Headlines.

THE ATHLETIC: Vegas Golden Knights head coach Bruce Cassidy hopes to elevate the play of center Jack Eichel, who has yet to appear in postseason competition after seven NHL seasons. Cassidy has spoken with the 25-year-old center about his goals and said he’s motivated to win the Stanley Cup. 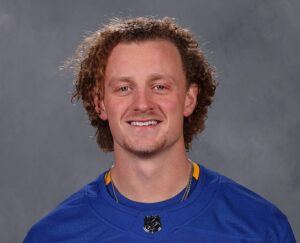 Eichel spent most of his NHL career with the struggling Buffalo Sabres before he was traded last season to the Golden Knights. He missed over half of last season recovering from neck surgery and played with a fractured right wrist down the stretch.

SPECTOR’S NOTE: Eichel and Cassidy face tremendous pressure this season as the Golden Knights attempt to bounce back from missing the playoffs for the first time in franchise history. A strong performance by Eichel will be crucial toward achieving that goal and should make Cassidy’s job easier.

MONTREAL HOCKEY NOW: Appearing on the “Raw Knuckles Podcast,” Nick Suzuki spoke about the Canadiens’ captaincy and the pressure of playing in hockey-mad Montreal.

Suzuki, 23, is considered by some observers a favorite to become the Canadiens’ next captain. Asked about that role, he said he would “definitely be ready for it” if it came his way, pointing to examples set by former captain Shea Weber and teammates such as Brendan Gallagher.

Speaking about the pressure from fans and media in Montreal, Suzuki acknowledged their high expectations. However, he doesn’t let it interfere with how he prepares for the game. “As a player, you have to self-motivate, know where your game’s at, know how you’re playing and don’t let anything outside affect you,” he said.

SPECTOR’S NOTE: It’ll be interesting to see who the Canadiens choose as their next captain. It could be a rising young star such as Suzuki or perhaps a veteran such as Gallagher who’s been with the team for years.

EDMONTON JOURNAL: Former Oilers defenseman Ladislav Smid has been invited to help as a guest coach with the WHL’s Edmonton Oil Kings. Smid, 36, spent nearly eight of his 10 NHL seasons with the Oilers.

SAN JOSE HOCKEY NOW: The Sharks are reportedly considering rebranding their home and away jerseys for 2023-24.