The Avalanche take a commanding 3-0 series lead over the Predators while the Capitals, Penguins and Stars go up 2-1 in their respective first-round series. Check out the details plus the latest news in today’s NHL morning coffee headlines.

NHL.COM: The Colorado Avalanche are on the verge of sweeping the Nashville Predators following a 7-3 victory in Game 3 of their best-of-seven opening-round series. Their win, however, was overshadowed by an eye injury suffered by goaltender Darcy Kuemper as he left the game late in the first period when the blade of Predators center Ryan Johansen accidentally poked through the protective cage of his mask. 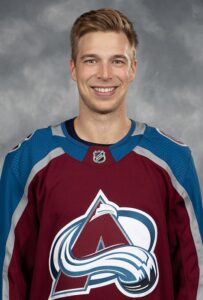 Pavel Francouz replaced Kuemper and made 18 saves for the win. Gabriel Landeskog had two goals and set up two others while Cale Makar had three assists.

SPECTOR’S NOTE: Thankfully, it appears Kuemper’s injury wasn’t as serious as feared as Avalanche coach Jared Bednar said the netminder could potentially return for Game 4 on Monday in Nashville. He also absolved Johansen, calling the episode an accident.

Penalties proved costly for the Predators in this contest as the Avalanche went four-for-seven on the power play. Up three games to none, they can wrap up this series in Game 4.

Alex Ovechkin scored and collected an assist while goalie Ilya Samsonov made 29 saves for his first playoff win to defeat the Florida Panthers 6-1 and take a 2-1 lead in their first-round series. Nicklas Backstrom, John Carlson, Anthony Mantha and Marcus Johansson each collected two points. Jonathan Huberdeau scored for the Panthers. Game 4 is Monday night in Washington.

SPECTOR’S NOTE: Following the game, Samsonov admitted feeling emotional as Washington fans chanted his name. He also commended his teammates’ solid defensive play in this contest, which has been a significant factor in both Capitals’ wins in this series.

The Pittsburgh Penguins blew a 4-1 lead but recovered to down the New York Rangers 7-4 to take a two-game to one lead in their series. Three unanswered third-period goals by Danton Heinen, Jake Guentzel and Jeff Carter put the game away for Pittsburgh. Carter and Evan Rodrigues each tallied twice while Penguins third-string goaltender Louis Domingue stopped 32 shots. Rangers netminder Igor Shesterkin was pulled after giving up four goals on 15 shots.

SPECTOR’S NOTE: That game was certainly a wild ride for fans of both clubs. The power play made the difference for the Penguins, going two for three with the man advantage. The two clubs clash again in Game 4 on Monday in Pittsburgh.

Dallas Stars forward Joe Pavelski scored two goals, including the game-winner to lead his club over the Calgary Flames 4-2 to take a 2-1 lead in their first-round series. Jake Oettinger kicked out 39 shots for the win while Miro Heiskanen chipped in two assists. Flames forward Elias Lindholm netted his team-leading second goal of the series.

SPECTOR’S NOTE: This was the second straight game Pavelski tallied the winning goal. At 37, he continues to defy Father Time while playing a key role as a top-line forward for the Stars. Flames winger Johnny Gaudreau had a great chance to tie the game 3-3 late in the third but Oettinger stopped his breakaway scoring chance.

NHL.COM: Jordan Binnington could see his first start of this postseason as his St. Louis Blues face off against the Minnesota Wild this evening in Game 4 of their first-round series. Ville Husso was between the pipes for the Blues in the previous three games.

Blues defenseman Scott Perunovich could also make his debut in this series after being sidelined since January by a wrist injury. He would replace Torey Krug, who left Game 3 with an injured leg and is expected to miss some time.

THE NEWS & OBSERVER: The Carolina Hurricanes could shake things up for Game 4 today against the Boston Bruins. Derek Stepan could replace a sidelined Jordan Martinook while Max Domi or Martin Necas could take a seat in favor of Steven Lorentz.

SAN JOSE HOCKEY NOW: Former Sharks forward Patrick Marleau will make an announcement on Tuesday regarding the future of his hockey career. The 42-year-old hasn’t played since the 2020-21 season and is the all-time NHL leader in games played with 1,779. He spent 21 of his 23 NHL seasons with the Sharks.

SPECTOR’S NOTE: If I were a betting man I’d say Marleau will be officially announcing his retirement. If so, it’ll be interesting to find out if he intends in staying in the game in some capacity, perhaps in a front-office role with the Sharks.

THE PROVINCE: The Vancouver Canucks parted ways with five of their amateur scouts on Friday. Former NHL players Pat Conacher and Ted Hampson.

NJ.COM: Former NHL forward Jay Pandolfo was named the new head coach at Boston University. He played for BU in 1995, helping them win the national title before going on to a 15-year NHL career, including 13 seasons with the New Jersey Devils.

SPORTSNET: NHL commissioner Gary Bettman said on Friday that Russian prospects will remain eligible for selection in the 2022 NHL Draft. It remains to be seen if Russia will be invited to participate in a potential World Cup of Hockey before the 2026 Winter Olympics. The NHL suspended business ties with Russia following its invasion of Ukraine in February.

← NHL Rumor Mill - May 7, 2022 Sunday NHL Rumor Roundup - May 8, 2022 →
We use cookies on our website to give you the most relevant experience by remembering your preferences and repeat visits. By clicking “Accept”, you consent to the use of ALL the cookies.
Do not sell my personal information.
Cookie SettingsAccept
Manage consent