Five days after being sidelined by Hurricane Fiona, Spector’s Hockey is back with the latest notable NHL headlines.

SPECTOR’S NOTE: Did you miss me? Because I sure missed all of you!

It’s been difficult for everyone here on Prince Edward Island and for others in Atlantic Canada affected by Hurricane Fiona. My family and I emerged unscathed with no damage to our home or property but many of my neighbors and fellow Islanders weren’t so lucky.

Repairs and cleanup are ongoing but in some cases, it could take weeks. Please spare a thought or prayers for those who still have a lot of work ahead of them to get back to normal. If you wish to make donations to aid those affected by Hurricane Fiona you can follow this link.

I’m grateful to two of my friends for providing me with a place to work until my electricity and internet are restored in the (hopefully) new future. A big thank you to the crews at Maritime Electric and everyone else working hard to get everyone back online.

The following is a brief summary of noteworthy NHL news of the last couple of days. I hope to be back with the daily morning coffee headlines starting Thursday, September 29. 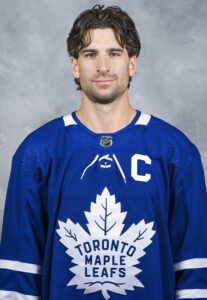 TSN: Toronto Maple Leafs center John Tavares recently suffered an oblique strain and will be out for three weeks.

PHILADELPHIA HOCKEY NOW: Flyers center Sean Couturier will not require surgery for an ongoing back injury. However, he remains sidelined week-to-week.

SPECTOR’S NOTE: Injuries continue to dog Boeser, who inked a three-year deal worth an average annual value of $6.65 million with the Canucks this summer.

THE PROVINCE: Canucks chairman and governor Francesco Aquilini denies allegations of child abuse by his own children. The NHL is monitoring the situation. The allegations arose during an open hearing earlier this week over whether Aquilini is still responsible for paying for his three youngest children’s education. He and his wife divorced in 2013.

FLORIDA HOCKEY NOW: The Panthers signed Spencer Knight to a three-year contract extension worth an average annual value of $4.5 million beginning in 2023-24. Along with Sergei Bobrovsky ($10 million AAV through 2025-26), the Panthers have the highest-paid goalie tandem in the league.

SPECTOR’S NOTE: One of those two will become an expensive backup over that period.

SPECTOR’S NOTE: This could spell the end of Galchenyuk’s NHL career. He was the third overall pick in the 2012 Draft by the Montreal Canadiens. After several seasons in Montreal, he’s bounced from the Habs to the Arizona Coyotes (twice), Pittsburgh Penguins, Ottawa Senators and Toronto Maple Leafs.

TAMPA BAY TIMES: The Lightning moved their training camp to Nashville ahead of Hurricane Ian bearing down on Florida. They postponed two home preseason games earlier this week.

LAS VEGAS REVIEW-JOURNAL: Despite missing the playoffs last season, the Golden Knights remain among the hottest tickets in the secondary market. They’re fourth in demand among the 32 NHL clubs on the ticket resale marketplace StubHub.

The league mourns the passing of Tony Esposito, the latest on Robin Lehner and Dylan Larkin, the Wings avoid arbitration with Jakub Vrana, and much more in today’s NHL morning coffee headlines.

NHL.COM: The hockey world is mourning the loss of Tony Esposito, who passed away yesterday from pancreatic cancer at age 78. The younger brother of Phil Esposito, he carved his own path to the Hockey Hall of Fame during his 16 NHL seasons, with all but one of those with the Chicago Blackhawks. He was a trailblazer, using the butterfly style of goaltending pioneered by Glenn Hall. 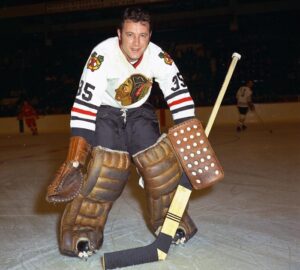 SPECTOR’S NOTE: Esposito was one of my favorite players when I was growing up in the 1970s. In my opinion, he was the greatest goaltender in Blackhawks history. My sincere condolences to his family, friends, former teammates and the Blackhawks organization.

Along with Ken Dryden, Bernie Parent and Rogatien Vachon, Esposito was part of a dominant foursome of NHL goaltenders in the early-1970s. His unique acrobatic style, right-handed trapper and memorable mask made him one of the league’s most recognized netminders.

THE SCORE: Vegas Golden Knight goaltender Robin Lehner said he caught some heat on social media last summer when player agent Allan Walsh tweeted his infamous photoshop of client Marc-Andre Fleury being stabbed in the back by a sword engraved with the name of Golden Knights head coach Peter DeBoer.

Walsh was upset over Fleury’s lack of playing time during the 2020 playoffs. Fleury had the agent delete the image but Lehner said he caught some flak from Fleury’s supporters because of Walsh’s actions.

Lehner and Fleury laughed off the incident and combined last season to win the William M. Jennings Trophy. He also said he’s come to admire Walsh for his willingness to fight for players’ rights.

SPECTOR’S NOTE: When Fleury was traded to Chicago last month Walsh praised Lehner as an “amazing teammate and friend” to his client. He also praised him as “a role model and inspiration deserving of respect” for his work as a mental health advocate.

THE ATHLETIC: Detroit Red Wings captain Dylan Larkin is back on the ice skating and shooting as he aims to be ready for training camp next month. The 25-year-old center suffered a season-ending injury when Dallas Stars captain Jamie Benn cross-checked him in the back of the neck during a game in late April. He’s yet to be cleared for contact drills but said he feels “refreshed and ready to go.” Nevertheless, he intends to be cautious in his preparations.

THE DETROIT NEWS: Speaking of the Red Wings, they avoided salary arbitration with Jakub Vrana, signing the 25-year-old forward to a three-year contract worth $5.25 million annually. He had originally sought $5.75 million while the Wings had offered $3.65 million.

ESPN.COM: NHL Deputy Commissioner Bill Daly acknowledged a final decision on NHL participation in the 2022 Beijing Winter Olympics will be made by the end of August. Negotiations between the league, NHL Players Association, the International Ice Hockey Federation and the International Olympic Committee are ongoing.

There are concerns over rising COVID-19 numbers and COVID restrictions placed on Olympic athletes that would dwarf those that NHL players experienced in the 2020 Stanley Cup playoff bubbles.

THE SEATTLE TIMES: Andrew Allen was named goaltending coach for the Kraken. They also hired former NHL coach Dan Bylsma as an assistant coach with its temporary AHL affiliate in Charlotte.