Ryan Miller to be inducted into the US Hockey Hall of Fame, an update on contract talks between the Golden Knights and Nicolas Hague, Danny DeKeyser and Calvin de Haan among several players accepting PTOs, and more in today’s NHL Morning Coffee Headlines.

TSN: Ryan Miller will be part of the U.S. Hockey Hall of Fame Class of 2022. He joins Olympic gold medalist twins Jocelyne Lamoureux-Davidson and Monique Lamoureux-Morando, Steve Cash and Jim Johansson among the inductees on Nov. 30. 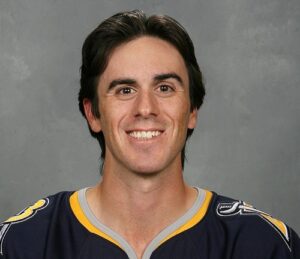 SPECTOR’S NOTE: Miller played 18 seasons in the NHL from 2002-03 to 2020-21 with the Buffalo Sabres, St. Louis Blues, Vancouver Canucks and Anaheim Ducks. He is among the best American goaltenders in league history.

Winner of the Vezina Trophy in 2010, Miller holds the record for most wins (391) by a US-born netminder and sits 14th on the all-time NHL wins list. Miller also backstopped Team USA to a silver medal at the 2010 Winter Olympics and was named the tournament’s most valuable player.

Sapienza also reports Hague is in Las Vegas preparing for training camp but his representatives are growing concerned over the lack of communication. He won’t report when camp opens on Sep. 21 if there’s no deal in place by then.

SPECTOR’S NOTE: Hague, 23, is coming off his entry-level contract. The only leverage he has is avoiding training camp but that won’t do either side any good. Hague will miss out on valuable preparation with his teammates including preseason play while the Golden Knights will be without a big promising two-way defenseman who can log big minutes for them.

Toronto Maple Leafs signed Zach Aston-Reese. The 28-year-old winger was dealt to the Anaheim Ducks at the 2022 trade deadline after spending almost five seasons with the Pittsburgh Penguins.

TORONTO SUN/THE PROVINCE: The recent passing of Queen Elizabeth II prompted remembrances of her attendance at a 1951 exhibition game between the Chicago Blackhawks and Toronto Maple Leafs and her ceremonial puck drop at a 2002 game between the San Jose Sharks and Vancouver Canucks.