The league will enforce stricter rules for cross-checking, the Olympic schedule is set, plus the latest on Ryan Johansen, Erik Johnson, Joe Thornton and more in today’s NHL morning coffee headlines.

THE SCORE: The NHL intends to crack down on cross-checking this season. The focus will be on three specific areas of the rink: along the boards, in front of the net, and in open ice.

SPECTOR’S NOTE: The rule changes are drawing a mixed reaction from players. As always, I’m skeptical as to how tightly enforced these changes will be. I fear we’ll see the usual pattern develop whenever such changes regarding on-ice infractions are implemented: closely called early in the season before drifting back to the previous standard over the course of the schedule.

NHL.COM: The men’s hockey schedule for the 2022 Beijing Winter Olympics has been released. It begins on Feb. 9 with Russia (also known as the “Russian Olympic Committee”) versus Switzerland, the Czech Republic facing off against Denmark and Sweden taking on Latvia.

Feb. 10 sees Canada squaring off against Germany, the United States against China, Finland going up against Slovakia, and Denmark taking on the “Russian Olympic Committee”.

The tournament ends on Feb. 19 with the medal games. The gold medal game begins at 11:10 pm ET.

SPECTOR’S NOTE: Canada vs Germany features Edmonton Oilers teammates Connor McDavid and Leon Draisaitl facing off against each other for the first time in Olympic hockey. That’s an early must-watch for me in this tournament.

The “Russian Olympic Committee” will hereafter be referred to as the “ROC” by me throughout the Olympics. The gold medal game starts after midnight my time, meaning my Keurig will be getting a workout that night.

THE DENVER POST: Colorado Avalanche defenseman Erik Johnson and goaltender Pavel Francouz are trying to put their lost seasons’ behind them. Injuries limited Johnson to just four games in 2020-21 while Francouz was sidelined the entire season.

SPECTOR’S NOTE: A highly-touted prospect, Seider could be a Calder Memorial Trophy candidate if he cracks the lineup and plays well in 2021-22.

SPECTOR’S NOTE: An unfortunate setback for Samberg, who was expected to become a regular on the Jets blueline this season.

Calgary Flames prospect forward Connor Zary is listed as week-to-week with a fractured ankle after blocking a shot in a rookie game earlier this week.

TVA SPORTS: The Montreal Canadiens signed defenseman Sami Niku to a one-year, two-way contract. Earlier this week, the 24-year-old Niku agreed to a mutual termination of his contract with the Winnipeg Jets.

THE ATHLETIC: The New Jersey Devils hope to convince their one unvaccinated player to change his mind and join their other 49 players in camp who are vaccinated against COVID-19.

THE SCORE: The Washington Capitals will be the first NHL club to feature ads on their jerseys starting in 2022-23 after agreeing to a multi-year deal with Caesars Sportsbook. 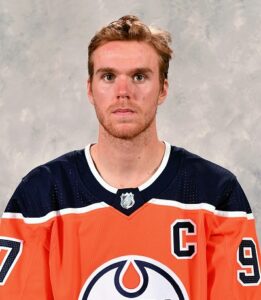