NHL.COM: Claude Giroux’s third-period goal stood as the game-winner as the Ottawa Senators held off the Montreal Canadiens 4-3 in the Kraft Hockeyville game in Gander, NL. Tim Stutzle led the way with a goal and two assists for the Senators. 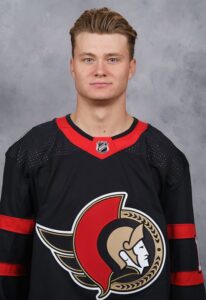 The New York Islanders downed the New Jersey Devils 5-2. Anthony Beauvillier, Aatu Raty and Noah Dobson each had a goal and an assist while Semyon Varlamov made 26 saves.

A third-period power-play goal by Brandon Montour lifted the Florida Panthers over the Tampa Bay Lightning 3-2. Lightning goalie Andrei Vasilevskiy made 38 saves in a losing cause while defenseman Mikhail Sergachev left the game in the first period with an undisclosed injury.

Mats Zuccarello, Marco Rossi and Sam Steel each had a goal and an assist to give the Minnesota Wild a 4-1 victory over the Chicago Blackhawks.

MONTREAL GAZETTE: NHL commissioner Gary Bettman weighed in on Hockey Canada’s ongoing scandal over its handling of sexual assault allegations involving players of Canada’s 2003 and 2018 World Junior teams and its refusal to implement a change in its leadership.

“I think the response from Hockey Canada certainly needs work”, said Bettman, who was in Gander for the game between the Senators and Canadiens. “I’m not sure I fully understand why they’re responding the way they are.”

Bettman said he was very disappointed at the current state of affairs with Hockey Canada. The league is conducting its own investigation into the situation. The commissioner wouldn’t speculate on what might happen to those junior players who could have been involved in the alleged sexual assaults who are now playing in the NHL. He indicated that will be determined once he’s received and read the final report.

SPECTOR’S NOTE: Hockey Manitoba has called for the resignation of Hockey Canada’s senior leadership but Hockey Canada still stubbornly refuses to heed those calls. It’s growing more costly for the organization and could lead to its total downfall and potential replacement with a new national governing body.

NHL.COM’s Dave McCarthy reports Anaheim Ducks coach Dallas Eakins said that Trevor Zegras is expected to join his teammates in a full practice on Friday. The 21-year-old center has been sidelined since suffering an injury during a preseason game on Monday.

THE ATHLETIC: Montreal Canadiens winger Paul Byron could end up on long-term injury reserve due to an ongoing hip injury. The 33-year-old is in the final season of his contract with an average annual value of $3.4 million.

They also announced former Oilers defenseman Steve Staios has been hired as a special advisor with a focus on prospect development. Staios was president and general manager of the OHL’s Hamilton Bulldogs, who won the OHL championship in 2022.