NHL.COM: The Florida Panthers won the Presidents’ Trophy for the first time in franchise history by blanking the Ottawa Senators 4-0. With 122 points, the Panthers hold the NHL’s best record this season. Spencer Knight turned in a 27-save shutout performance while Carter Verhaeghe tallied twice. 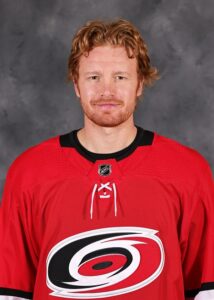 Carolina Hurricanes goaltender Antti Raanta kicked out 27 shots while Jesperi Kotkaniemi had a goal and two assists in a 6-3 victory over the New Jersey Devils. The Hurricanes have won six straight. Raanta and Frederik Andersen won the William M. Jennings Memorial Trophy for allowing the fewest goals (202) this season. Earlier in the week, the Hurricanes clinched first place in the Metropolitan Division. Devils winger Andreas Johnsson missed the game with a non-COVID illness.

SPECTOR’S NOTE: Brown captained the Kings to two Stanley Cups in 2012 and 2014. A versatile and physical forward, he’s spent his entire 18-season career with the Kings, scored 325 goals and 387 assists for 712 points in a franchise-leading 1,296 regular-season games.

Minnesota Wild winger Kirill Kaprizov’s 46th goal of the season came in overtime to snuff out the Calgary Flames 3-2. Flames winger Johnny Gaudreau scored his 40th of the season, joining teammates Matthew Tkachuk and Elias Lindholm in the 40-goal club. The Flames clinched first place in the Pacific Division earlier this week (111 points) while the Wild sit two points ahead of the third-place St. Louis Blues with 111 points. Both clubs will face each other in the opening round of the playoffs next week.

SPECTOR’S NOTE: Gaudreau, Tkachuk and Lindholm are the first Flames trio to reach 40 goals in a season since Theo Fleury, Robert Reichel and Gary Roberts did it in 1993-94.

A shootout goal by Matt Duchene lifted the Nashville Predators to a 5-4 win over the Colorado Avalanche. Predators defensemen Roman Josi and Mattias Ekholm each had a goal and an assist while David Rittich made 42 saves for the win. The Predators (97 points) hold a one-point lead over the Dallas Stars for the first Western wild-card berth with both clubs having one game left. The Avalanche hold first overall in the Western Conference with 119 points.

The Edmonton Oilers nipped the San Jose Sharks 5-4 on an overtime goal by Zach Hyman. Edmonton captain Connor McDavid collected an assist for his league-leading 123rd point while Noah Gregor scored two goals for the Sharks. The Oilers recently clinched a playoff spot and sit second in the Pacific Division with 102 points.

Columbus Blue Jackets forward Oliver Bjorkstrand had a goal and an assist as his club upset the Tampa Bay Lightning 5-2. With the loss, the Lightning (108 points) failed to clinch third place in the Atlantic Division, sitting one point ahead of the Bruins with both clubs having a game remaining.

SPORTSNET: Hundreds of hockey fans, hockey personalities and journalists paid their final respects to Hockey Hall of Famer Mike Bossy yesterday during a funeral service north of Montreal. Bossy passed away from lung cancer on April 14 at age 65.

SPECTOR’S NOTE: Rest in peace, Mike Bossy. He was one of the greatest goal scorers in NHL history and a key part of the New York Islanders Stanley Cup dynasty from 1980 to 1983.

WINNIPEG SUN: TSN broadcaster Dennis Beyak will retire from his role as the Jets play-by-play man. He held that job since the club relocated to Winnipeg in 2011.

The race for the Presidents’ Trophy goes down to the wire, the Jennings Trophy winners are revealed, the Rangers fire head coach David Quinn, and more in today’s NHL morning coffee headlines.

NHL.COM: The Vegas Golden Knights maintained their lead atop the Honda West Division and the overall standings by blanking the San Jose Sharks 6-0. Marc-Andre Fleury turned in a 19-save shutout and Dylan Sikura scored twice in the Golden Knights’ regular-season finale. 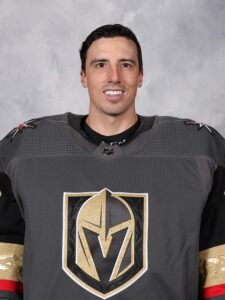 A hat trick by J.T. Compher carried the Colorado Avalanche to a 6-0 romp over the Los Angeles Kings. Phillip Grubauer kicked out 18 shots for his seventh shutout of the season. The Avalanche sits two points behind the Golden Knights with a game in hand. They can take over first place and win the Presidents’ Trophy with a win against the Kings tonight.

St. Louis Blues goaltender Ville Husso made 31 saves for his first NHL shutout in a 4-0 win over the Minnesota Wild. David Perron had a goal and two assists. The Wild have finished third in the West while the Blues are fourth.

SPECTOR’S NOTE: Both clubs await the outcome of tonight’s Avalanche-Kings game to find out whether they’ll face the Avs or the Golden Knights in the opening round of the upcoming playoffs.

Connor McDavid collected two assists as his Edmonton Oilers nipped the Montreal Canadiens 4-3 on an overtime goal by Dominik Kahun. McDavid has 104 points in 55 games. Nick Suzuki scored twice for the Canadiens.

The Ottawa Senators upset the Toronto Maple Leafs 4-3 on an overtime goal by Josh Norris. Toronto’s Auston Matthews tallied his 41st goal of the season. Leafs goaltender Frederik Andersen made 24 saves in his first game since March 19 recovering from a lower-body injury.

SPECTOR’S NOTE: The Leafs will face the Canadiens and the Oilers meet the Jets in the opening round. One of those series is expected to begin next Wednesday while the other could begin the following day.

LAS VEGAS REVIEW-JOURNAL: Vegas Golden Knights goaltenders Marc-Andre Fleury and Robin Lehner are this season’s winners of the William M. Jennings Trophy as the primary goalies on the team allowing the fewest goals in the regular season. They gave up 124 goals.

SPECTOR’S NOTE: The Post’s Larry Brooks cites sources claiming Gerard Gallant is the favorite. He won the 2017-18 Jack Adams Award for guiding the Golden Knights into the playoffs during their inaugural season.

SPORTSNET: Buffalo Sabres general manager Kevyn Adams said captain Jack Eichel has not requested a trade. He said he wants to move ahead with players who want to win and be part of the Sabres’ organization, and that includes Eichel.

Adams admitted the Sabres have little interest in Eichel undergoing cervical disk replacement surgery because it’s never been done on an NHL player before. He said the team’s and Eichel’s doctors have agreed the best option is continuing a conservative rehab approach over surgery. The two sides also agreed to wait until early June to determine how to proceed.

SPECTOR’S NOTE: Eichel’s comments on Monday about his medical situation, the state of the Sabres and his future sparked considerable trade speculation. Adams’ remarks won’t put a damper on that chatter.

Eichel’s not the only Sabre expected to be a fixture in the rumor mill.

CALGARY SUN: Flames center Sean Monahan has been shut down for the remainder of their schedule as he will undergo hip surgery in order to be ready for the start of training camp in the fall.

SPECTOR’S NOTE: Monahan faced criticism from fans and pundits over his performance this season. Perhaps that gets dialed back now that it’s been revealed he was hampered by an injury.

NBC SPORTS BAY AREA: Gordie Howe’s family presented San Jose Sharks forward Patrick Marleau with a stick from Howe’s 1,767th and final NHL game. The stick was in the Hockey Hall of Fame and will be replaced by one of Marleau’s from his record-breaking 1,768th game. The Howe family requested the Hall remove Gordie’s stick and present it to Marleau.

SPECTOR’S NOTE: A classy gesture by the Howe family.

THE SEATTLE TIMES: Luke Henman of the QMJHL’s Blainville-Boisbriand Armada is the first player ever to be signed by the Seattle Kraken.

← NHL ProteauType: Take a playoff chance on the Blues, and steer clear of the Jets NHL Rumor Mill - May 13, 2021 →
We use cookies on our website to give you the most relevant experience by remembering your preferences and repeat visits. By clicking “Accept”, you consent to the use of ALL the cookies.
Do not sell my personal information.
Cookie SettingsAccept
Manage consent