The fallout from the Carolina Hurricanes signing away Jesperi Kotkaniemi from the Montreal Canadiens, an update on Jake Gardiner, player milestones to watch this season and more in today’s NHL morning coffee headlines.

THE NEWS & OBSERVER: Carolina Hurricanes general manager Don Waddell spoke to the media yesterday about his club successfully signing away Jesperi Kotkaniemi from the Montreal Canadiens on Saturday. 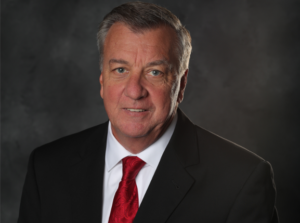 Waddell said the Hurricanes weren’t surprised that the Canadiens opted not to match the one-year, $6.1 million offer sheet. He denied revenge for the Habs’ unsuccessful attempt to sign Sebastian Aho in 2019 was the motivation behind the Kotkaniemi offer. Waddell also dismissed the club’s PR staff trolling the Canadiens over the signing as merely a marketing ploy to keep their fans engaged.

The Hurricanes GM said he initially attempted to acquire Kotkaniemi via trade and decided several days later to tender an offer sheet. Waddell indicated he hasn’t had contract extension discussions with the 21-year-old forward and his agent. The earliest they can re-sign him is in January.

Asked where Kotkaniemi would play this season, Waddell indicated the 21-year-old will probably start at left wing. Although the Hurricanes now sit above the $81.5 million salary cap by over $1.5 million, they intend to place defenseman Jake Gardiner ($4.05 million cap hit) on long-term injury reserve. Waddell indicated Gardiner will undergo hip and back surgery and won’t be ready for the start of the season.

MONTREAL GAZETTE: Kotkaniemi also talked about his new contract with the Hurricanes. He considers it a great opportunity and felt confident his new club has trust in him. He noted the presence of fellow Finns Aho and Teuvo Teravainen and considers it an honor to play for a potential Stanley Cup contender.

Asked about his time with the Canadiens, Kotkaniemi acknowledged there were “ups and downs” but overall felt he had a good run in Montreal. However, he did say he thought his development with the Habs could’ve gone better.

SPECTOR’S NOTE: The revenge angle keeps getting played up in the media but I think that’s just a small factor here. The Hurricanes were seeking a young forward who could play center or wing. They had an interest in Kotkaniemi, tried to trade for him and when that didn’t work not only went the offer-sheet route but gave the Habs a heads-up as to their intentions.

PuckPedia speculates the Hurricanes could maximize their long-term injury reserve space to the full $4.05 million of Gardiner’s cap hit by demoting two players to put them just under the cap ceiling before the start of the season. They’ll then put Gardiner on LTIR. No word yet on how long he’ll be sidelined but the 31-year-old blueliner could be sidelined for the season.

A contract extension for Kotkaniemi will be decided by his performance this season. It would cost them $6.1 million to qualify his rights but the two sides could agree to a long-term deal for a lower annual average value.

Kotkaniemi’s comments about his development in Montreal and his willingness to accept the Hurricanes offer had some observers suggesting the Canadiens must ensure that issue doesn’t recur with their other younger players. Whether the current management shares that view remains to be seen.

SI.COM: Jason Chen looks at several player milestones to watch in 2021-22. Joe Thornton has an opportunity to move into third place overall for games played, Ryan Getzlaf, Nicklas Backstrom and Jason Spezza could reach 1,000 points while Alex Ovechkin is 36 goals away from tying Jaromir Jagr for third place (766) on the all-time goal-scoring list.

← Kotkaniemi Offer Sheet Highlights Canadiens Poor Draft Record NHL Rumor Mill - September 6, 2021 →
We use cookies on our website to give you the most relevant experience by remembering your preferences and repeat visits. By clicking “Accept”, you consent to the use of ALL the cookies.
Do not sell my personal information.
Cookie SettingsAccept
Manage consent