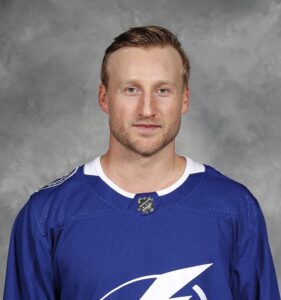 Some potential destinations for Alex Pietrangelo plus the latest on the Penguins and Capitals in today’s NHL rumor mill.

TSN: Pierre LeBrun wonders if the St. Louis Blues will consider trading Alex Pietrangelo’s rights if they don’t re-sign the pending free-agent defenseman before Oct. 9. The acquiring team could sign him to an eight-year deal, lowering the annual average value, Pietrangelo would get more money under that scenario, while the Blues could get a good asset in return. LeBrun suggests the Vegas Golden Knights, Toronto Maple Leafs, and Calgary Flames as possible destinations if Pietrangelo hits the open market.

TORONTO STAR: Mark Zwolinski acknowledged the Leafs need for a top-shelf blueliner like Pietrangelo, but finding the cap space to sign him will be challenging for general manager Kyle Dubas. They have over $6 million in cap space and would have to shed salary to make it work.

Zwolinski suggests Alexander Kerfoot and Andreas Johnsson as trade candidates, and also felt William Nylander would have to be considered. The risks of acquiring another high-priced player would be high under a flattened salary cap.

SPECTOR’S NOTE: I don’t doubt the Leafs will inquire if Pietrangelo becomes available. As per Cap Friendly, they’ve already handcuffed themselves with over $40.4 million tied up in just four players: Nylander ($6.9 million), Mitch Marner ($10.8 million), John Tavares ($11 million) and Auston Matthews ($11.8 million). Adding Pietrangelo could push that figure to almost $50 million, leaving little room to bolster their depth as needed throughout the rest of the roster. Unless they’re moving out Nylander, they should consider more affordable blueline options.

I don’t see the Golden Knights in the market for Pietrangelo. They have $76.5 million tied up in 18 players. If they re-sign Robin Lehner, they’ll have to shed salary by moving out goalie Marc-Andre Fleury or someone else, leaving little room for a big-ticket defenseman.

With $64.5 million committed to 14 players, the Flames have the cap space to sign Pietrangelo, but that move could push them to $73 million invested in 15 players. That won’t leave much to find a possible replacement for Cam Talbot if he’s not re-signed, let alone fill out the rest of the roster.

THE ATHLETIC (subscription required): Rob Rossi and Josh Yohe report multiple league sources claim Pittsburgh Penguins GM Jim Rutherford has received several inquiries about winger Bryan Rust. Rutherford isn’t shopping Rust and prefers keeping the top-six winger, but wouldn’t rule out trading him if the return was significant, such as at least an NHL-ready player and a top-six prospect.

SPECTOR’S NOTE: In other words, Rust remains a Penguin.

They also cite multiple sources claiming Rutherford is attempting to clear enough salary-cap space to sign Chris Tanev if the Vancouver Canucks defenseman hit the open market on Oct. 9. The Penguins GM isn’t concerned about Tanev’s age (30) and is willing to offer a five-year contract concurrent to the final five years of brother (and Penguins forward) Brandon Tanev. Chris is said to be seeking a raise over the $4.45-million AAV of his current contract. A Penguins source claims they’d prefer keeping the AAV to $5 million.

SPECTOR’S NOTE: That’s not a good idea. Tanev’s performance has declined over the last couple of years as the wear-and-tear of his style of play are taking a toll on his body. A short-term deal (two years) might be worth the gamble, but five years at $5 million per is too risky. Meanwhile, TSN’s Rick Dhaliwal reports the Canucks have yet to make Tanev a contract offer.

Rossi and Yohe also report the Penguins and Evgeni Malkin’s camp have expressed interest in a three-year contract extension allowing Malkin to retire as a Penguin.

SPECTOR’S NOTE: But…but…Malkin’s supposed to be unhappy as second fiddle to Crosby. No, wait, he’s getting traded to the Kings. Or was it he’s retiring and returning to Russia at the end of his current contract? Dammit, it’s difficult keeping these Malkin rumors straight!

The Pens aren’t against acquiring a third-line center but are content to keep recently re-signed Jared McCann in that role. It doesn’t appear they’ve approached Patric Hornqvist about waiving his no-trade clause.

BACKUP GOALIE OPTIONS FOR THE CAPITALS

SPECTOR’S NOTE: Given Braden Holtby’s expected departure via free agency, the Capitals will need an experienced backup for promising Ilya Samsonov. Greiss, Khudobin and Talbot would be fine choices, though Khudobin’s playoff heroics could put him outside the Caps’ price range. Cap Friendly indicates they’ve got $72.6 million invested in 17 players. 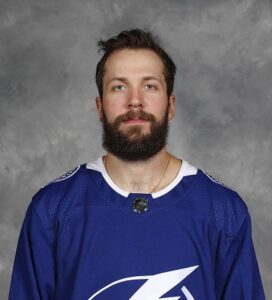 ← NHL Rumor Mill - September 22, 2020 NHL Awards: Draisaitl Captures Hart In Predictable Fashion →
« Older Entries
Next Entries »
We use cookies to ensure that we give you the best experience on our website. If you continue to use this site we will assume that you are happy with it.Ok