The Blues sign GM Doug Armstrong to a new contract and make a trade with the Senators, the Wild name Matt Dumba and Marcus Foligno alternate captains, and the latest on Sergei Bobrovsky, Anders Lee and more in today’s NHL morning coffee headlines. 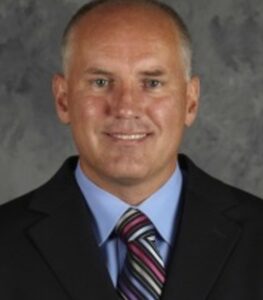 SPECTOR’S NOTE: No surprise here. In announcing the signing, Blues owner Tom Stillman pointed out the club has made nine postseason appearances during Armstrong’s tenure, including three division titles, a conference title and their first-ever Stanley Cup in 2019.

The Blues also made a trade yesterday, shipping forward Zach Sanford to the Ottawa Senators in exchange for center Logan Brown. They’ll also receive a fourth-round pick in 2022 from the Senators if the 26-year-old Brown doesn’t appear in 30 games this season.

SPECTOR’S NOTE: A St. Louis native, Brown was the Senators’ first-round pick (11th overall) in the 2016 NHL draft but he struggled to crack their rebuilding roster, appearing in just 30 games over the past four seasons. He’ll get a great opportunity to reset his NHL career with his hometown club.

Sanford, 26, developed into a good defensive winger with the Blues. He should be a solid fit on the Senators’ checking lines.

This was also a much-needed cost-cutting move for the Blues. As per Cap Friendly, by exchanging Sanford’s $2 million cap hit for Brown’s $750K, they’re just under the $81.5 million salary cap.

TWINCITIES.COM: The Minnesota Wild named defenseman Matt Dumba and winger Marcus Foligno as their new alternate captains. They replace Zach Parise and Ryan Suter, who were bought out of their contracts during the offseason.

NYI HOCKEY NOW: The Islanders are likely to keep left winger Anders Lee out of their first few postseason games. Their captain is returning from surgery to repair a torn ACL that ended his 2020-21 season last March.

SPECTOR’S NOTE: They want to ensure Lee is fully up to speed before putting him into game action. No sense rushing him in meaningless preseason games and risk a setback.

THE ATHLETIC: Philadelphia Flyers center Kevin Hayes recently expressed his gratitude to the hockey community at large for the support he and his family received following the sudden death of his older brother (and former NHL player) Jimmy Hayes.

SPECTOR’S NOTE: The past several weeks have been difficult for Hayes. He also recently underwent abdominal surgery that will sideline him for the entirety of training camp.

TSN: Montreal Canadiens winger Mike Hoffman could miss up to four weeks with a lower-body injury suffered during offseason training.

SPORTSNET: Vancouver Canucks defenseman Brady Keeper was stretchered from the ice during practice on Saturday with an apparent leg injury. No update was provided on his condition.

McElhinney finished his career on a high note, winning two straight Stanley Cups with the Lightning in 2020 and 2021. He finishes with a record of 94 wins, 95 losses and 20 overtime losses, with a 2.83 goals-against average, a .907 save percentage and 12 shutouts.

SPECTOR’S NOTE: Best wishes to McElhinney and his family in their future endeavors.