​The Sabres could finally be close to trading Jack Eichel. Find out the potential trade partners in today’s NHL rumor mill.

SPORTSNET: Elliotte Friedman reports trade discussions between the Buffalo Sabres and Vegas Golden Knights regarding Jack Eichel have been heating up over the last couple of days. Appearing on the Jeff Marek show on Friday, Friedman said he believes the Golden Knights have done their due diligence regarding Eichel’s medical status and would allow him to undergo the disc replacement procedure he seeks.

THE ATHLETIC’s Jesse Granger took to Twitter Thursday speculating Golden Knights defenseman Shea Theodore would be an attractive piece for the Sabres in a hypothetical Eichel trade. He suggested that could be why the Golden Knights re-signed blueliner Zach Whitecloud earlier this week to a six-year contract extension.

LAS VEGAS REVIEW-JOURNAL: Ed Graney took note of recent speculation linking the Golden Knights and Anaheim Ducks to Eichel. He wondered how the Knights can make it work financially or whether a third team might need to get involved.

Eichel carries a $10 million annual salary-cap hit through 2025-26, meaning Vegas will have to move some heavy salary to take him on. Once he comes off long-term injury reserve later in the season following his surgery, Max Pacioretty and Alex Tuch will also have come off LTIR by then.

Graney added the Sabres are reportedly asking for something along the lines of multiple draft picks and a top prospect and a defenseman and a forward. Nevertheless, he feels Eichel could be worth it to address Vegas’ need for a first-line center.

THE ATHLETIC: Eric Stephens doesn’t see the Anaheim Ducks parting with promising center Trevor Zegras or defenseman Jamie Drysdale for Eichel. He points out they have the cap space to take on Eichel’s contract. He doesn’t dismiss the possibility of someone like Mason McTavish, Maxime Comtois or Troy Terry being part of the return for the Sabres but isn’t sure the Ducks would part with their 2022 first-round pick.

VEGAS HOCKEY NOW: Dan Kingerski reports the Golden Knights could have competition for Eichel. “Don’t sleep on Calgary or Colorado,” said one source.

SPECTOR’S NOTE: It will be very interesting to see how the Golden Knights fit Eichel’s annual average value within their cap payroll for this season and the long term. Cap Friendly shows them sitting above the $81.5 million by over $5.8 million with Pacioretty and Tuch on LTIR. Eichel would obviously go on LTIR during his surgery and recovery but they still have to sort out the dollars when he’s ready to return to action.

Perhaps that involves moving out someone like Theodore ($5.2 million AAV), though that move could weaken their blueline depth. Do they try to move Reilly Smith and his $5 million for this season? His UFA status next summer won’t be enticing for the rebuilding Sabres. Convince Jonathan Marchessault to accept a trade to Buffalo if they’re on his no-trade list? Swing a deal with another team as a third-party broker willing to absorb a big chunk of Eichel’s cap hit?

The Ducks seem like the better destination. They have the cap space, the depth in draft picks and prospects, and their status as a rebuilding club means Eichel’s absence from the lineup during his recovery won’t adversely affect them this season. However, they might not be as keen to chase the high-salaried Eichel as the Golden Knights.

As for the Flames and Avalanche, I wouldn’t rule anything out but they seem to have a weaker hand than the Golden Knights and Ducks. I would be more surprised if Eichel landed with one of them.

Whatever the outcome, here’s hoping there’s a resolution coming soon. Eichel needs surgery to resume his playing career. It should be with a team willing to let him have the procedure he deems best.

NHL.COM: Alex Ovechkin scored two goals and Ilya Samsonov made 24 saves as the Washington Capitals blanked the New Jersey Devils 4-0. With 48 points, the Capitals are tied with the New York Islanders and hold first place in the MassMutual East Division with a game in hand. 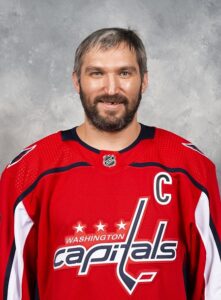 SPECTOR’S NOTE: With 17 goals, Ovechkin is just four behind Toronto’s Auston Matthews, who leads the goal-scoring race with 21. The Capitals captain now has 723 career goals, sitting eight behind Hall-of-Famer Marcel Dionne for fifth on the all-time list.

Arizona Coyotes winger Phil Kessel scored in his 1,100th career game in a 5-2 victory over the San Jose Sharks. Christian Dvorak scored twice for the Coyotes (35 points), who sit two points back of the fourth-place St. Louis Blues in the Honda West Division. Kessel and Dvorak lead the Coyotes with 11 goals each.

SPECTOR’S NOTE: The Coyotes became the subject of trade speculation over the past couple of weeks. There’s talk general manager Bill Armstrong could become a seller by the trade deadline but he could have other plans as his club surges back into playoff contention.

Speaking of the Blues, they dropped a 4-1 decision to the Anaheim Ducks. Anaheim goaltender John Gibson returned from a five-game absence with a lower-body injury by making 33 saves as his club snapped a three-game losing skid. Ducks defenseman Jamie Drysdale left the game in the first period with an upper-body injury. Before the game, the Blues honored the memory of beloved alumni Bob Plager, who died earlier this week in a car accident that investigators believe was the result of Plager suffering a cardiac event.

A third-period goal by Paul Stastny enabled the Winnipeg Jets to held off the Calgary Flames 3-2. Stastny, Blake Wheeler and Kyle Connor each had a goal and an assist. The Jets move into a tie with the Toronto Maple Leafs with 44 points but the Leafs hold first place in the Scotia North Divisions because they have a game in hand. The Flames (33 points) remain four behind the fourth-place Montreal Canadiens.

SPECTOR’S NOTE: Looks like the Flames need more than bringing back Darryl Sutter as head coach to reverse their fortunes. They’ve dropped four straight after winning four of their first five games after Sutter took over behind the bench. General manager Brad Treliving could turn to the trade market in search of a season-saving deal.

SPORTSNET: The Canadian government has officially approved reducing the 14-day quarantine period for players acquired by Canadian teams from American clubs to seven days. The decision has the support of the five Canadian provinces with NHL teams.

SPECTOR’S NOTE: This makes it easier for Canadian teams to make trades with American clubs before the April 12 trade deadline. It’s the same quarantine period as players must undergo when traded between American clubs.

THE DENVER POST: Colorado Avalanche goaltender Philipp Grubauer could be in line for a significant raise following this season. He leads the league in goals-against average (1.69) and shutouts (five) and among the leaders in save percentage (.931) and wins (20).

SPECTOR’S NOTE: Grubauer could become a finalist for the Vezina Trophy, which will ensure he gets a big raise from the Avalanche or another club via this summer’s free-agent market. Cap Friendly indicates his current annual average value is $3.33 million. The Post’s Mike Chambers suggests Grubauer could double his money.

ESPN.COM: Buffalo Sabres interim head coach Don Granato and assistant coach Mike Ellis can return behind the bench after being cleared from the NHL’s COVID-19 protocol. The pair were placed on the list just hours before the Sabres game on Thursday against Pittsburgh.

← Sunday NHL Rumor Roundup - April 12, 2020 NHL Morning Coffee Headlines - April 13, 2020 →
We use cookies on our website to give you the most relevant experience by remembering your preferences and repeat visits. By clicking “Accept”, you consent to the use of ALL the cookies.
Do not sell my personal information.
Cookie SettingsAccept
Manage consent