The Islanders hold off the Lightning for a Game 4 victory, Jaccob Slavin wins the Lady Byng Memorial Trophy, plus an update on Canadiens coach Dominique Ducharme in today’s NHL morning coffee headlines.

NHL.COM: The New York Islanders tied their semifinal series with the Tampa Bay Lightning at two games apiece by holding on for a 3-2 victory in Game 4 on Saturday. Second-period goals by Josh Bailey, Mathew Barzal and Matt Martin gave the Islanders a 3-0 lead but the Lightning made it interesting with third-period tallies by Brayden Point and Tyler Johnson. 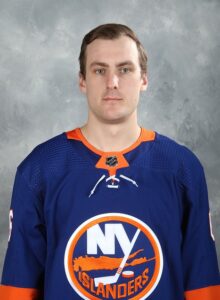 Bolts defenseman Ryan McDonagh had a glorious opportunity to send the game to overtime in the dying seconds with a spinorama backhand but Isles blueliner Ryan Pulock blocked it in the crease to preserve the victory. The series returns to Tampa Bay for Game 5 on Monday night.

SPECTOR’S NOTE: I’ve heard and read some hockey fans criticizing this series as boring because both sides are playing a tight-checking defensive style. This contest, however, was anything but dull. The Islanders controlled the second period and seemed on their way to a blowout victory but the Lightning battled back in the third for a nail-biting finish.

Point remains the Lightning’s most dangerous scorer. He’s this postseason’s goal leader (12) and has scored in seven straight games.

Carolina Hurricanes defenseman Jaccob Slavin is this year’s winner of the Lady Byng Memorial Trophy. He took just one minor penalty in 52 games this season.

SPECTOR’S NOTE: The Lady Byng Trophy tends to be the NHL’s least-appreciated award for honoring the somewhat quaint notion of “gentlemanly play”. It draws derision from those who believe hockey players aren’t effective unless they’re rough and tough on the ice.

I would argue, however, that this award deserves more respect. In a sport where physicality is so prized, a player performing well at the highest level with a disciplined style that avoids costly penalties is worthy of commendation and acclaim.

Slavin is considered among the NHL’s best all-around defensemen. He has four 30-plus point seasons on his resume and regularly leads his club in ice time, blocked shots and takeaways while garnering a total of just 60 PIMs over six seasons. That’s the kind of skilled, cool-headed, big-minute rearguard every team wants on their blue line.

Montreal Canadiens interim head coach Dominique Ducharme will be isolated from his team for 14 days after testing positive for COVID-19 just hours before Game 3 on Friday. Assistant coach Luke Richardson has taken over for Ducharme, who will still consult with the players and coaching staff between games via Zoom meetings.

SPECTOR’S NOTE: It’s not the first time the Canadiens have had to adjust to an absent head coach. Former bench boss Claude Julien returned to Montreal for heart surgery following Game 1 of their first-round series with the Philadelphia Flyers last August. Ducharme can return behind the bench on July 2 if the Canadiens should advance to the Stanley Cup Final.

The Lightning push the Hurricanes to the brink of elimination, the Islanders tie their series with the Bruins, the Lady Byng Memorial Trophy finalists are announced, and more in today’s NHL morning coffee headlines.

NHL.COM: The Tampa Bay Lightning pushed the Carolina Hurricanes on the brink of elimination with a 6-4 victory in Game 4. They hold a commanding 3-1 lead in their second-round series. The teams combined for eight goals in the second period as the Lightning rallied from a 4-2 deficit. Nikita Kucherov and Steven Stamkos each scored two goals and collected an assist. 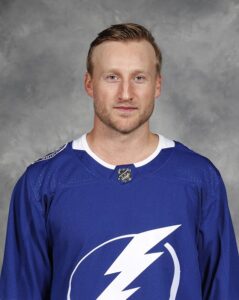 SPECTOR’S NOTE: That second period was the most entertaining of this year’s playoff thus far. A lack of discipline proved costly for the Hurricanes as the Lightning tallied three power-play goals on six attempts with the man advantage. The series returns to Carolina for Game 5 on Tuesday.

Mathew Barzal broke a 1-1 tie as the New York Islanders beat the Boston Bruins 4-1 to even their second-round series at two games apiece. Semyon Varlamov made 28 saves for the win while Casey Cizikas and Jean-Gabriel Pageau padded the lead with empty-net goals. This series moves back to Boston for Game 5 on Monday.

SPECTOR’S NOTE: Bruins defenseman Brandon Carlo missed this game with an upper-body injury that is suspected to be a concussion. He remains day-to-day.

WINNIPEG SUN: The Jets need Pierre-Luc Dubois to make his presence felt if they hope to overcome a 2-0 series deficit against the Montreal Canadiens. He replaced suspended center Mark Scheifele on the Jets’ top line in Game 2 but his impact was minimal.

SPECTOR’S NOTE: Dubois struggled throughout this season following his trade to Winnipeg from Columbus in January. He missed four games in February with a lower-body injury. Perhaps that’s an ongoing ailment he’s been trying to play through.

TSN: Speaking of the Jets, sidelined center Paul Stastny traveled with the team to Montreal for Game 3 tonight against the Canadiens. He missed the last two games with an undisclosed injury and there’s no indication if he’ll return to the lineup for the next two games.

THE DALLAS MORNING NEWS: Stars center Tyler Seguin is focusing on the last phase of his rehab from last fall’s hip surgery after missing all but the final three games of the regular season. He’s hoping to be fully healthy in time for training camp in September.

NHL.COM: Minnesota Wild prospect Marco Rossi has resumed skating for the first time since January following complications from COVID-19. He was the ninth overall selection in the 2020 NHL Draft. It’s expected the 19-year-old center will be ready to report to training camp in September.

← NHL Rumor Mill - June 5, 2021 Sunday NHL Rumor Roundup - June 6, 2021 →
We use cookies on our website to give you the most relevant experience by remembering your preferences and repeat visits. By clicking “Accept”, you consent to the use of ALL the cookies.
Do not sell my personal information.
Cookie SettingsAccept
Manage consent