SPORTSNET: Chris Johnston reported the NHL will allow voluntary small-group training to expand from groups of six to 12 players effective today. It is a continuation of Phase 2 of the league’s return-to-play plan. 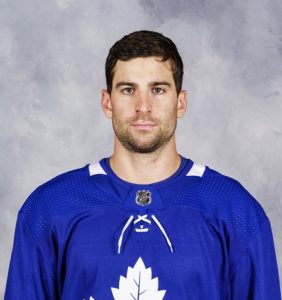 “Certainly, you always have to be monitoring and preparing for the worst,” Tavares said. “But what we’ve been told by the experts and world health officials, everything they’re recommending, we’re more than capable of being able to come back and play as things continue to get better and improve. The other optimism I see is what’s gone on in other countries around the world that are a few weeks and steps ahead of us, especially in Europe, the soccer leagues in how they’ve handled it with their return to play. It seems there’s been some pretty positive progress. Some of those countries were hit pretty hard by the virus.”

Because players under Phase 2 haven’t faced league-imposed restrictions, Larkin feels it’s too early to declare last week’s positive tests as a threat to the return-to-play plan. The quarantine bubble under Phase 3 beginning July 10 would be much stricter. Nevertheless, Larkin believes the league could have a significant problem if cases still pop up among players in Phase 3.

SPECTOR’S NOTE: Phase 3 will tell the tale. If COVID-19 cases spike during training camp, the league could be forced to reconsider its plans.

THE ATHLETIC (subscription required): Pierre LeBrun reports Las Vegas, Edmonton, Toronto, and Vancouver figure prominently among the six cities under considerations as hosts for Phase 4. Sources indicate Chicago remains in the running while Los Angeles keeps pushing. The NHL sent more detailed information on the hub city bids to the NHLPA for review.

LeBrun speculates it could be Vegas and Vancouver or Vegas and Edmonton, with Toronto just on the outside. Las Vegas’ proposed quarantine bubble is considered the tightest. If both bubble cities are in the west, the league isn’t concerned about home-ice advantage because there won’t be any fans in the stands.

“It’s a service business down there and they’re used to big, big events and they can handle this one,” said McPhee.

Edmonton, meanwhile, released details of its’ proposed Olympic Village-style set up for the players.

NBC SPORTS: Columbus and Minneapolis/St. Paul were ruled out as host city candidates.

SPECTOR’S NOTE: Vegas’ bubble had better be the tightest because cases are rising there. Vancouver and Edmonton have significantly flattened its COVID-19 curve which bodes well for their respective host-city bids. The decision is expected at the end of this week.

SPORTSNET: The NHL and NHLPA have tentatively agreed to extend all expiring player contracts and work permits to the end of October pending approval of the return-to-play plan.

SPECTOR’S NOTE: That includes players on the seven non-playoff clubs. The free-agent period usually begins on July 1. Looks like the market will instead open on November 1.

STLTODAY.COM: Vladimir Tarasenko took part in small-group training with several teammates on Monday. The St. Louis Blues winger had been sidelined since late October by a shoulder injury.

THE SCORE: The International Ice Hockey Federation announced the 2021 World Championship will take place from May 21 to June 6. The 2020 championship was canceled due to COVID-19.

ESPN.COM: The Dallas Stars fired a visual effects designer over a racist comment made on social media.

SPECTOR’S NOTE: Best wishes to Thorburn in his future endeavors.