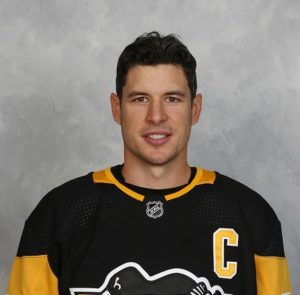 CBS SPORTS: Philadelphia Flyers winger Jakub Voracek didn’t participate in yesterday’s practice. It could simply be a day off for Voracek after participating in every practice since Monday.

Pastrnak is quarantined after coming in contact with someone who tested positive for COVID-19. Krejci, Ritchie, Coyle, Kuraly, Wagner, Krug, and Rask all participated in practices before Saturday.

SPECTOR’S NOTE: Once again, the league’s cone of silence over a player’s health status leaves fans and pundits playing a guessing game. In most of the cases indicated above, it appears a player was either banged up during practice or having a maintenance day following a full week of practice and scrimmaging. Apart from Pastrnak, none of these absences appear tied to COVID-19.

THE SCORE: cited The Athletic’s Joe Smith reporting Steven Stamkos was a full participant in practice yesterday. The Tampa Bay Lightning captain is nursing a lower-body injury suffered during Phase 2 training. Head coach Jon Cooper said Stamkos could get a shot at playing in the club’s exhibition game on July 29 if he’s healthy and feels ready to go.

CBS SPORTS: Chicago Blackhawks defenseman Olli Maatta was back on the ice Saturday after skipping practice on Friday. His absence may have simply been a maintenance day.

SPECTOR’S NOTE: Maintenance means anything from simply having a day off for rest to getting treatment for a nagging injury.

THE BOSTON GLOBE: Former NHL linesman Kevin Collins is the president, CEO, principal owner, and clerk of the works of Mass Alternative Care, Inc. It’s a marijuana-based company he started up that employs around 60 people in western Massachusetts. The company using cannabis for a diverse range of products for medical and adult recreational use.

SPECTOR’S NOTE: As the story suggests, Collins’ post-retirement business is growing like a weed.

← 2020 NHL Awards - Calder Trophy, Lindsay and Adams Award Finalists Sunday NHL Rumor Roundup - July 19, 2020 →
We use cookies on our website to give you the most relevant experience by remembering your preferences and repeat visits. By clicking “Accept”, you consent to the use of ALL the cookies.
Do not sell my personal information.
Cookie SettingsAccept
Manage consent