​The Stars draw first blood in their second-round series with the Avalanche, plus the latest on Marc-Andre Fleury, Steven Stamkos, and more in today’s NHL morning coffee headlines.

NHL.COM: The Dallas Stars took a 1-0 lead in their second-round series against the Colorado Avalanche with a 5-3 victory in the opening game. The Stars’ first line led the way, with Alexander Radulov scoring twice and collecting an assist, Tyler Seguin opening the scoring and assisting on another, and captain Jamie Benn adding three helpers. 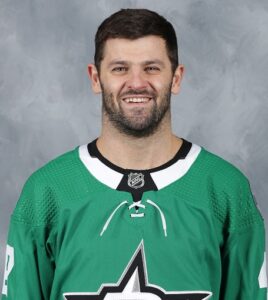 Nathan MacKinnon had a three-point game (two goals, one assist) for the Avalanche, who lost starting goalie Philipp Grubauer with an apparent left leg injury during the second period. Avs defenseman Erik Johnson also suffered a lower-body injury in the first period. He tried to return during the second and spent the third period on the bench.

SPECTOR’S NOTE: Led by their first-liners, the Stars dominated much of the play in this game. Apart from MacKinnon, the Avs failed to match their opponent’s intensity.

We could learn more about the status of Grubauer and Johnson later today. Colorado coach Jared Bednar didn’t sound optimistic about his goalie returning to action for Game 2. “He won’t be hitting the ice tomorrow or anything like that,” said Bednar. While he’s hopeful Grubauer can return soon, he indicated backup Pavel Francouz will have to get the job done during his starter’s absence.

SPORTSNET: A suggestive social media post by the agent for Marc-Andre Fleury raised eyebrows and questions over the status of the Vegas Golden Knights netminder. Allan Walsh yesterday tweeted a picture depicting Fleury with a sword in his back and the name “DeBoer” on the blade, suggesting Walsh’s client was being stabbed in the back by Vegas coach Peter DeBoer.

Fleury has appeared in just two postseason contests with Robin Lehner getting the bulk of the starts. Elliotte Friedman last night reported Fleury remains with the Golden Knights and the club seems to be ignoring Walsh’s provocative post. Neither side issued a statement on the matter, but Friedman indicated Fleury met with team officials yesterday and they’re satisfied this won’t be an issue.

SPECTOR’S NOTE: I understand Walsh has Fleury’s best interests at heart and he’s going to bat for his client, but this post was over the top. The Golden Knights are trying to win the Stanley Cup. DeBoer is simply going with the better goalie. Right now, that’s Lehner. Walsh’s post created an unnecessary distraction for his client and the team.

TSN: Montreal Canadiens winger Brendan Gallagher underwent surgery on Friday for his fractured jaw and returned home to British Columbia. He was also playing with a slight tear in his hip suffered during the qualifying-round series with Pittsburgh.

THE SCORE: NBC Sports hockey analyst Mike Milbury issued a statement yesterday indicating he was temporarily stepping away from his role following an insensitive remark made about women during a broadcast on Thursday. The remark was condemned by the network and the league shortly afterward.

In addition to the shoulder injury, I reported previously on Christian Dvorak, Rick Tocchet said Conor Garland had a head injury & Brad Richardson had a thumb injury that will require offseason surgery. With C/F Nick Schmaltz also out, the Coyotes’ center position was hard hit. — Craig Morgan (@CraigSMorgan) August 21, 2020

← NHL Playoffs: Canucks Punch Their Ticket to Vegas Showdown Sunday NHL Rumor Roundup - August 23, 2020 →
We use cookies on our website to give you the most relevant experience by remembering your preferences and repeat visits. By clicking “Accept”, you consent to the use of ALL the cookies.
Do not sell my personal information.
Cookie SettingsAccept
Manage consent