​The Stars, Islanders, and Golden Knights are on the verge of advancing to the Conference Finals. Details and more in today’s NHL morning coffee headlines.

NHL.COM: The Dallas Stars took a 3-1 series lead over the Colorado Avalanche with a 5-4 victory in Game 5 of their second-round series. Goals by Roope Hintz and Denis Gurianov within 32 seconds in the third period opened a 5-2 lead for the Stars, who held off a late surge by the Avs. Radek Faksa had a goal and two assists for the Stars while Avalanche winger Valeri Nichushkin scored twice. Colorado goalie Pavel Francouz was lifted in the third after giving up five goals on 26 shots.

SPECTOR’S NOTE: The Stars can wrap this up with a win in Game 5 later tonight. They won this game in the first period, jumping to a 3-0 lead and out-shooting Colorado 10-5. The Avs were forced to play catch-up for the remainder of the game. While they dominated most of the next two periods and narrowed the Dallas lead to 3-2 entering the third, those two quick goals by Hintz and Gurianov were the game-breakers. 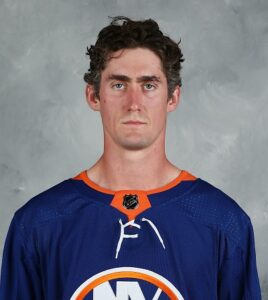 Brock Nelson scored twice as the New York Islanders held on for a 3-2 win over the Philadelphia Flyers in Game 5 and a 3-1 series lead. Jean-Gabriel Pageau broke a 1-1 tie in the third period followed by Nelson’s second goal which proved to be the game-winner. Isles goalie Thomas Greiss made 36 saves for his first playoff win since 2016.

SPECTOR’S NOTE: Once again, most of the Flyers’ leading scorers struggled to find the back of the net. Jakub Voracek’s four goals all came in the previous series against Montreal. Two of Kevin Hayes’ three playoff goals came in Game 2 against the Isles. Couturier’s two goals have come in this series, but Claude Giroux, Travis Konecny, and James van Riemsdyk still seek their first goals of this postseason.

Marc-Andre Fleury made 28 saves in just his third start of this postseason to backstop the Vegas Golden Knights to a 5-3 win over the Vancouver Canucks and a 3-1 series lead. The Golden Knights overcame a 3-2 deficit with three unanswered third-period goals by Nate Schmidt, Max Pacioretty and William Karlsson.

SPECTOR’S NOTE: This was a heartbreaking loss for the Canucks. They played well through two periods but defensive breakdowns in the third proved costly against the Golden Knights, who maintained their poise despite blowing 1-0 and 2-1 leads.

SPECTOR’S NOTE: It remains to be seen if Ritchie plays tonight. His undisciplined play in Game 4 didn’t help the Bruins.

TRIBLIVE.COM: The Pittsburgh Penguins named Evgeni Malkin as their MVP for 2019-20.

← NHL Playoffs: Flyers Have a Lot of Work to Do Against Isles NHL Rumor Mill - August 31, 2020 →
We use cookies on our website to give you the most relevant experience by remembering your preferences and repeat visits. By clicking “Accept”, you consent to the use of ALL the cookies.
Do not sell my personal information.
Cookie SettingsAccept
Manage consent