NHL.COM: Jeff Petry scored his second game-winning goal as the Montreal Canadiens overcame a 3-1 deficit to edge the Pittsburgh Penguins 4-3, taking a 2-1 lead in their qualifying-round series. Habs captain Shea Weber led the way with a goal and two assists. 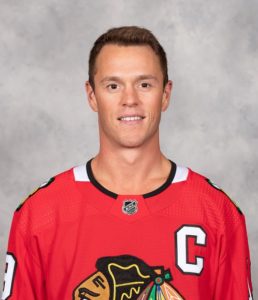 SPECTOR’S NOTE: The Canadiens seemed done like dinner midway through the second period. They’re now poised to eliminate the Penguins in Game 4 on Friday. And speaking of potential upsets…

The Chicago Blackhawks got two unanswered third-period goals by Matthew Highmore and Jonathan Toews to nip the Edmonton Oilers 4-3 and take a 2-1 lead in their qualifier. Toews finished the game with two goals while teammate Corey Crawford made 25 saves to become the 20th goaltender in NHL history to record his 50th career playoff win. Leon Draisaitl scored twice and set up another for the Oilers. Edmonton defenseman Adam Larsson was unfit to play while Oilers winger Tyler Ennis left the game in the second period with an apparent leg injury.

SPECTOR’S NOTE: The bounces went the Blackhawks’ way as Highmore’s goal was a deflection from a point shot while Toews’ deflected shot bounced in off an Oilers’ defenseman. They’re now poised to eliminate the Oilers if they win Game 4 on Friday.

The Boston Bruins won’t be the top seed in the 2020 playoffs after dropping a 3-2 decision to the Tampa Bay Lightning in round-robin play. Tyler Johnson tallied the winning goal late in the third period. Bruins goalie Tuukka Rask made 32 saves in his return to action after being unfit to play in their first round-robin game.

SPECTOR’S NOTE: It’s the first time in NHL history the season’s Presidents’ Trophy winner won’t be the top seed in the playoffs. The Bruins are 0-2 in round-robin play. While they are guaranteed a playoff spot, they risk drawing a tougher first-round opponent the lower they sink in the round-robin seedings.

The Florida Panthers avoided elimination by hanging on for a 3-2 victory over the New York Islanders. Third-period goals by Mike Hoffman and Brian Boyle broke a 1-1 tie while Sergei Bobrovsky made 20 saves for the win. A rare penalty by Islanders goaltender Semyon Varlamov for playing the puck beyond the trapezoid behind his net led to Hoffman’s power-play goal. The Isles hold a 2-1 series lead.

SPECTOR’S NOTE: This was the Panthers’ first postseason victory since the 2016 playoffs. It certainly came at the right time. They also shook up their lineup yesterday, scratching Mike Matheson and Frank Vatrano after their disappointing performances in the first two games.

Three unanswered third-period goals by Conor Garland, Taylor Hall, and Carl Soderberg lifted the Arizona Coyotes over the Nashville Predators 4-1. The Coyotes hold a 2-1 series lead. Darcy Kuemper enjoyed a bounce-back effort in this contest with a 39-save performance.

SPECTOR’S NOTE: The Coyotes weathered the first-period onslaught from the Predators and opened the scoring on their first shot of the game. They finally got some productions from Hall and Garland, who’d been held goalless in the first two games.

Colorado Avalanche goaltender Pavel Francouz kicked out 27 shots to shut out the Dallas Stars 4-0 in round-robin action. Cale Makar tallied the game-winner while Joonas Donskoi and Andre Burakovsky each had a goal and an assist.

SPECTOR’S NOTE: The Stars were without starting goalie Ben Bishop and defenseman John Klingberg in this game. Both were declared unfit to play. Under league protocols, no reason was given for their absence, but it doesn’t appear as though it’s COVID-related.

HEADLINES TORONTO SUN: Maple Leafs defenseman Jake Muzzin won’t be available for the remainder of his club’s qualifying-round series with the Columbus Blue Jackets. He was injured in Game 2 and taken to hospital with what appeared to be a head or neck injury. Muzzin was released yesterday and returned to the Leafs hotel within the safety zone and will remain in quarantine until cleared. Martin Marincin will replace him in the lineup for today’s match with the Jackets.

NHL.COM: The Winnipeg Jets aren’t ruling out Mark Scheifele and Patrik Laine for Game 4 of their qualifier with the Calgary Flames later today. Both players have been sidelined since Game 1. The Flames hold a 2-1 series lead and could wrap it up with a win today.

SPECTOR’S NOTE: The Jets need some help following a dispiriting loss in Game 3. They also need Blake Wheeler and Kyle Connor to start cashing in or this series will be over later tonight.

THE PROVINCE: Vancouver Canucks winger Micheal Ferland is out of action and has returned to his home in Brandon, Manitoba. He’s been declared “unfit to play”, raising speculation it’s tied to the concussion symptoms that sidelined him for most of this season.

NBC SPORTS WASHINGTON: Capitals forward Lars Eller returned to Washington to be with his wife as she gives birth to their second child. He’ll rejoin his teammates following a period of quarantine and testing in the first round of the playoffs.

SPORTSNET: A report from a Swedish media outlet indicates winger Oskar Lindblom will be traveling to the Toronto bubble to join his Philadephia Flyers teammates. He missed the bulk of this season battling a rare form of bone cancer and finished his treatment on July 2. He could return to action in September if the Flyers are still in the playoffs by then.

EDMONTON JOURNAL: Oilers winger Jesse Puljujarvi has re-signed a one-year contract with Finland’s Karpat. It’s believed the deal contains an out-clause should Puljujarvi return to the Oilers next season.

SPECTOR’S NOTE: Recent reports suggest the relationship between Puljujarvi and the Oilers has improved after he spent last season in Finland. With the NHL tentatively planning a full 82-game schedule in December, it makes sense for him to get in some meaningful playing time in Finland before NHL camps open in November.

THE ATHLETIC (subscription required): The general managers of the seven non-playoff teams have submitted a proposal to the league allowing their clubs a two-week mini-camp before training camp for all clubs open in November.

SPECTOR’S NOTE: Sounds like a reasonable proposal. Those teams haven’t played since the regular season was derailed in mid-March and they’re now amid an unusually long off-season.

This year’s arbitration team walk away # is believed to be $4,538,958 (up from $4.4M LY – based on avg salary). Teams can walk away from arb ruling higher than this. Just this year, if team walks away, player/team can agree to team’s arbitration offer.https://t.co/VnyDM0gocT — PuckPedia (@PuckPedia) August 5, 2020

← 2020 NHL Playoffs Post-Game Notebook: Predators vs Coyotes Game 3 NHL Rumor Mill - August 6, 2020 →
We use cookies on our website to give you the most relevant experience by remembering your preferences and repeat visits. By clicking “Accept”, you consent to the use of ALL the cookies.
Do not sell my personal information.
Cookie SettingsAccept
Manage consent