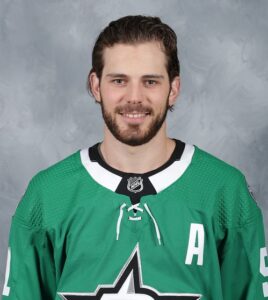 SPECTOR’S NOTE: Seguin and Bishop might not miss that much playing time should the tentative Jan. 1 start date for next season be pushed into February or March.

SPECTOR’S NOTE: Losing Scheifele was a devastating blow that contributed to the Jets’ demise in that series against the Flames. Having their first-line center healthy will be crucial to their playoff hopes next year.

THE SCORE: Speaking of the Flames, Josh Wegman cites head coach Geoff Ward told Sportsnet’s Eric Francis his club could explore whether they’ll have a better lineup with Elias Lindholm moving back to his natural position at center on a full-time basis. Lindholm has a career faceoff win percentage of 52.4 and has received down-ballot votes for the Selke Trophy for his two-way play.

SPECTOR’S NOTE: Wegman looked at what the Flames’ top-two forward lines could look like with Lindholm at center, pointing to the solid five-on-five production he had with Matthew Tkachuk and Andrew Mangiapane.

THE DETROIT NEWS: The Red Wings re-signed forward Anthony Mantha to a four-year, $22.8 million contract. The annual average value is $5.7 million and is the longest and most expensive contract Steve Yzerman has extended to any Wings’ player since taking over as their general manager.

SPECTOR’S NOTE: Mantha, 26, has been hampered by injuries but the 6’5, 234-pounder has 30-goal potential. The rebuilding Wings can afford to make that investment in the hope he’ll be a key part of their ongoing development.

Mantha’s signing leaves the Wings with over $71.9 million invested in 22 players with Dmytro Timashov still to sign. There’s enough cap space for Yzerman to target a cap-strapped rival to acquire a quality player under contract for next season, but it appears his roster is set for next season after bringing in Bobby Ryan, Marc Staal, Thomas Greiss and Vladislav Namestnikov.

NEW YORK POST: Rangers center Ryan Strome is seeking a one-year, $5.7 million contract through arbitration while the club countered with $3.6 million. His hearing is slated for Nov. 5. The Rangers can walk away from an arbiter award over $4, 538, 958.

SPECTOR’S NOTE: Only one player (Detroit’s Tyler Bertuzzi) needed arbitration thus far to settle their contract for next season. Strome’s is one that could be worth watching, especially if he gets an award over $4.539 million.

CAP FRIENDLY: reports the Ottawa Senators avoided arbitration with Christian Jaros, signing the 24-year-old defenseman to a one-year, two-way contract worth $750K at the NHL level.

← NHL Prospects: Top 3 Atlantic Division Organizational Rankings NHL Rumor Mill - November 4, 2020 →
We use cookies on our website to give you the most relevant experience by remembering your preferences and repeat visits. By clicking “Accept”, you consent to the use of ALL the cookies.
Do not sell my personal information.
Cookie SettingsAccept
Manage consent