THE DALLAS MORNING NEWS: The Stars’ training facilities are closed indefinitely and the club’s practices canceled after six players and two staff tested positive for COVID-19. The NHL is revising the Stars’ regular-season schedule with the expectation the club won’t be able to play until Jan. 19 at the earliest. That means their season-opener on Jan. 14 and their following two games (Jan. 15 and Jan. 17) will be rescheduled.

SPECTOR’S NOTE: The Stars and the league haven’t revealed which players tested positive for the coronavirus. The report noted forwards Jason Robertson, Joel L’Esperance and Tye Felhaber and defensemen Joel Hanley were missing from the Stars’ last practice but it’s unknown if those absences were injury- or illness-related.

While the Stars’ facilities are closed indefinitely they could reopen soon. As the report observed, the St. Louis Blues and Tampa Bay Lightning had several players test positive before the start of the 2020 playoffs, but their facilities opened several days later.

Despite the NHL’s health and safety protocols, it was inevitable COVID-19 would make its presence felt. Unlike the 2020 Stanley Cup playoffs, the upcoming regular season isn’t being held in hub cities under strict quarantine conditions.

The coronavirus also affected Major League Baseball and the National Football League this season but those leagues managed to complete their seasons. This outbreak won’t prevent the start of the NHL’s overall schedule, but it means the Stars’ 56-game schedule has become more compressed.

THE COLUMBUS DISPATCH: The Blue Jackets yesterday held 17 players out of practice for precautionary reasons. Most were regular roster players, including team captain Nick Foligno, forwards Oliver Bjorkstrand and Max Domi and defensemen Seth Jones, Vladislav Gavrikov and David Savard. The Jackets didn’t indicate if any of the absent players had tested positive for COVID-19. 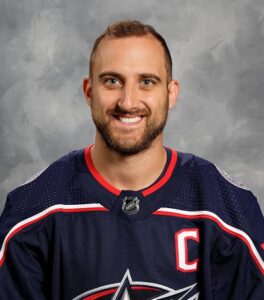 SPECTOR’S NOTE: We’ll find out during this weekend if those players will remain sidelined and if the Jackets will be carrying on with their practice sessions. Their season-opener is Jan. 14. The report observed the Jackets dealt with an outbreak last month during small-group workouts that closed their practice facilities for a week.

NHL.COM: Henrik Lundqvist took to social media on Friday to report he is recovering well from his recent five-hour open-heart surgery. Lundqvist had signed with the Washington Capitals but his heart condition sidelined him for the entire season.

SPECTOR’S NOTE: Best wishes to King Henrik for a swift and full recovery.

NJ.COM: Corey Crawford is taking an indefinite leave of absence from the New Jersey Devils for personal reasons. The 36-year-old goalie signed a two-year deal with the Devils in October. There’s no timeline for his return. The Devils are expected to turn to Scott Wedgewood as Mackenzie Blackwood’s backup.

SPECTOR’S NOTE: Here’s hoping things are okay for Crawford and his family and he returns to action soon.

THE ORANGE COUNTY REGISTER: Anaheim Ducks defenseman Brendan Guhle suffered a sprained right knee during a collision with another player. He’ll be sidelined for six weeks.

ESPN.COM: Long-time Pittsburgh Penguins play-by-play man Mike Lange, 72, is sitting out the start of the 2020-21 season as a precaution due to COVID-19.

TSN: The province of Manitoba has given approval for the Winnipeg Jets to stage games in their home arena.

SPECTOR’S NOTE: All seven Canadian teams have the approval of their respective provinces to play in their home cities this season.

THE MERCURY NEWS: Growing number of COVID-19 cases in California’s Santa Clara County is casting doubt on whether the San Jose Sharks can return to the SAP Center early next month as scheduled. The Sharks are starting the season on the road because of the county’s current restrictions on sporting events.

← COVID-19 Hits Stars, Blue Jackets in NHL Training Camps NHL Rumor Mill - January 9, 2021 →
We use cookies on our website to give you the most relevant experience by remembering your preferences and repeat visits. By clicking “Accept”, you consent to the use of ALL the cookies.
Do not sell my personal information.
Cookie SettingsAccept
Manage consent