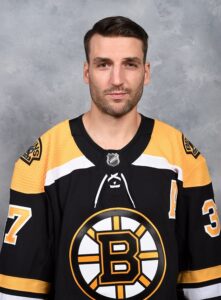 The New York Islanders edged the Washington Capitals 1-0. Semyon Varlamov had a 29-save shutout while Brock Nelson scored the only goal and Josh Bailey collected his 500th career NHL point. Washington goalie Vitek Vanecek kicked out 38 shots. The Islanders moved into a tie with the Capitals (54 points) but the latter holds first place in the East Division on the basis of regulation plus overtime wins.

Artemi Panarin had a goal and three assists as the New York Rangers romped to an 8-4 win over the Pittsburgh Penguins. Pittsburgh defenseman John Marino left the game in the third period with an undisclosed injury. The loss leaves the Penguins in third place in the East while the Rangers move into fifth place with 41 points.

The Carolina Hurricanes got two goals from captain Jordan Staal to down the Florida Panthers 5-2, snapping the latter’s six-game winning streak. Carolina center Sebastian Aho collected three assists while Florida captain Aleksander Barkov tallied both of his club’s goals. The Hurricanes moved into second place in the Discover Central Division with 55 points, one point back of the first-place Panthers.

A 36-save performance by Joonas Korpisalo carried the Columbus Blue Jackets to a 4-2 victory over the Tampa Bay Lightning. Max Domi and Jack Roslovic each had a goal and an assist for the Blue Jackets (38 points), putting them five points behind the fourth-place Nashville Predators in the Central. The Lightning, meanwhile, slipped to third place with 54 points. They’ve won just two of their last seven contests.

Speaking of the Predators, shootout goals by Ryan Johansen and Roman Josi gave them a 3-2 win over the Detroit Red Wings. Nashville holds fourth place with 43 points in the Central.

The Chicago Blackhawks remain two points behind the Predators after doubling up the Dallas Stars 4-2. Patrick Kane and Alex DeBrincat each had a goal and an assist and Kirby Dach tallied his first of the season since returning from a broken wrist on March 27.

A 34-save performance by John Gibson gave the Anaheim Ducks a 5-1 victory over the San Jose Sharks. The Sharks remain in sixth place in the Honda West Division with 38 points, five behind the fourth-place Arizona Coyotes.

The Buffalo Sabres beat the New Jersey Devils 5-3. Rasmus Dahlin and Casey Mittelstadt each had a goal and an assist for the Sabres, who’ve won three of their last four following their 18-game winless skid.

TSN: Montreal Canadiens goaltender Carey Price is listed as day-to-day after suffering a lower-body injury during Monday’s 3-2 win over the Edmonton Oilers. The club called up goalie Cayden Primeau from the AHL’s Laval Rocket.

SPECTOR’S NOTE: Price will remain in Montreal receiving treatment as the club travels to Toronto to face the Maple Leafs tonight.

Frank Seravalli reported Washington Capitals goalie Henrik Lundqvist remains intent on resuming his playing career as he recovers from open-heart surgery earlier this year. He’s continuing to skate as he awaits word from his doctors later this week. The Capitals aren’t ruling out Lundqvist returning to play later this season.

SPECTOR’S NOTE: The Capitals have come up in recent media chatter suggesting they could pursue an experience rental goaltender before the April 12 trade deadline. That conjecture will cease immediately if Lundqvist gets the green light to return to action this season.

SPORTSNET: Jake Virtanen was the latest member of the Vancouver Canucks added to the NHL’s COVID-19 protocol list. Eighteen Canucks players are now on the list.

SPECTOR’S NOTE: Virtanen is among several Canucks still popping up in recent trade chatter for some bizarre reason. Who the hell is gonna pursue a trade-deadline deal with Vancouver now?

SPECTOR’S NOTE: Nash had popped up in trade talks before his injury. He’s an unrestricted free agent this summer and may have played his final game with the Jackets.

← NHL ProteauType: Leafs & Blues Face Tough Decisions By Trade Deadline NHL Rumor Mill - April 7, 2021 →
We use cookies on our website to give you the most relevant experience by remembering your preferences and repeat visits. By clicking “Accept”, you consent to the use of ALL the cookies.
Do not sell my personal information.
Cookie SettingsAccept
Manage consent