The Golden Knights advance to the second round, updates on the Leafs and Canadiens, the Ducks seek an assistant coach, a Gretzky rookie card fetches a record price at auction, and more in today’s NHL morning coffee headlines.

NHL.COM: The Vegas Golden Knights advanced to the second round of the 2021 Stanley Cup playoffs following a 6-2 victory over the Minnesota Wild in Game 7 of their first-round series. Mattias Janmark tallied a hat trick for the Golden Knights, who faced the Colorado Avalanche in round two. Wild defenseman Jonas Brodin left the game in the first period with an apparent upper-body injury. 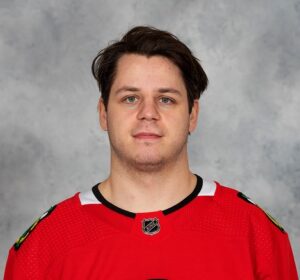 SPECTOR’S NOTE: This was a close game early in the second period tied at two. However, the Golden Knights scored twice before the period was out and Janmark put it away with two goals in the third. It was a hard-fought series and the only one thus far in the first round to go the full seven games. This was a tough loss for the Wild but they have a promising future thanks to their budding core of young talent.

Montreal Canadiens center Jake Evans could return to the lineup tonight after being sidelined since Game 1 with an undisclosed injury. Artturi Lehkonen (upper-body) remains doubtful.

NHL.COM: Game 1 of the second-round series between the Carolina Hurricanes – Tampa Bay Lightning goes Sunday in Carolina at 5 pm ET.

FLORIDA HOCKEY NOW: Speaking of the Lightning, they’ve ended their policy that restricted fans from wearing gear supporting other NHL clubs in their premium seating areas. This move came after a video went viral showing Florida Panthers fans being asked to remove their jerseys jersey by team staffers during a recent playoff game between the two clubs.

SPECTOR’S NOTE: This was a bush-league rule that never should’ve been implemented in the first place.

← NHL Playoffs: Sebastian Aho's Overtime Goal Eliminates Nashville Predators NHL Rumor Mill - May 29, 2021 →
We use cookies on our website to give you the most relevant experience by remembering your preferences and repeat visits. By clicking “Accept”, you consent to the use of ALL the cookies.
Do not sell my personal information.
Cookie SettingsAccept
Manage consent