The Hurricanes clinch first place in the Central Division, the Panthers and Lightning will face each other in the playoffs, the Blues clinch a postseason berth, the Stars stay alive and more in today’s NHL morning coffee headlines. 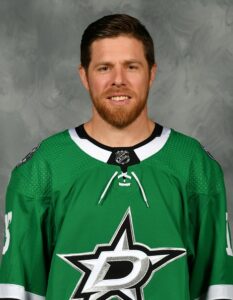 Thanks to the Stars, the Carolina Hurricanes clinched first place in the Discover Central Division. The Lightning will face the Florida Panthers in the first round of the 2021 Stanley Cup Playoffs

SPECTOR’S NOTE: The Hurricanes have an opportunity to win their first-ever Presidents’ Trophy. They have 80 points with two games remaining while the Vegas Golden Knights have 78 points with three games left.

The Panthers-Lightning will be facing each other for the first time in postseason competition. I’m looking forward to watching their opening-round series. These rivals are evenly matched, with each team have won three of their six games thus far in their season series. We’ll get a first-round preview as their final two games of the schedule (today and Monday) are against each other with playoff seeding on the line.

The Washington Capitals remain two points out of first place in the MassMutual East Division after dropping a 4-2 decision to the Philadelphia Flyers. Wade Allison scored two goals for the Flyers. Washington was without Alex Ovechkin (lower-body injury) and Evgeny Kuznetsov (COVID-19 protocol list). With 73 points, the Capitals have a game in hand over the first-place Pittsburgh Penguins (75 points), who play their final game of the schedule today against the Buffalo Sabres.

The St. Louis Blues clinched a playoff spot in the Honda West Division despite falling 4-3 to the Vegas Golden Knights. Jonathan Marchessault’s overtime goal capped a three-goal rally by the Golden Knights, who hold a four-point lead over the Colorado Avalanche for first place in the division.

SPECTOR’S NOTE: The Blues were in danger of missing the playoffs in early April following a seven-game losing skid. Their current eight-game points streak (including five wins) put them over the top.

Colorado Avalanche winger Mikko Rantanen tallied his 30th goal of the season as his club held off the Los Angeles Kings 3-2, eliminating the latter from playoff contention. Avalanche center Nathan MacKinnon missed the game with a lower-body injury in what appeared to be a precautionary move by head coach Jared Bednar. Earlier in the day, the Kings announced winger Dustin Brown will miss the remainder of the season with an upper-body injury.

An overtime goal by rookie winger Kirill Kaprizov lifted the Minnesota Wild to a 4-3 win over the Anaheim Ducks. Kaprizov has 27 goals on the season as the Wild sits one point back of the Avalanche in third place with 73 points.

Phil Kessel collected his 900th career point as his Arizona Coyotes beat the San Jose Sharks 5-2. Kessel had a goal and an assist while teammate Conor Garland collected three points. The Sharks were without captain Logan Couture, who could miss the remainder of the regular season with a lower-body injury.

THE SCORE: Lightning captain Steven Stamkos said Friday he’s hopeful of returning to action for his club’s postseason opener. Stamkos has been sidelined by a lower-body injury since April 8.

MONTREAL GAZETTE: Canadiens center Phillip Danault is day-to-day with an upper-body injury and will miss Saturday’s game against the Toronto Maple Leafs. Goaltender Carey Price (concussion) has been working out on the ice at the Habs’ practice facility but there’s no timetable for his return. Shea Weber and Paul Byron are each listed as day-to-day. Brendan Gallagher (broken thumb) has resumed skating while Jonathan Drouin remains on an indefinite leave of absence.

BOSTON HOCKEY NOW: Ondrej Kase returned to Bruins practice for the first time in four months after taking a high hit from New Jersey Devils winger Miles Wood back in January. He hasn’t ruled out returning for the Bruins’ final two games of the season.

← What Next For the San Jose Sharks? NHL Rumor Mill - May 8, 2021 →
We use cookies on our website to give you the most relevant experience by remembering your preferences and repeat visits. By clicking “Accept”, you consent to the use of ALL the cookies.
Do not sell my personal information.
Cookie SettingsAccept
Manage consent