The Canadiens sweep the Jets to advance to the semifinals, the Islanders have the Bruins on the brink of elimination, and more in today’s NHL morning coffee headlines.

NHL.COM: Tyler Toffoli’s overtime goal gave the Montreal Canadiens a 3-2 victory over the Winnipeg Jets in Game 4 to sweep their second-round series. The Canadiens are the first team to reach the 2021 semifinals. They opened the scoring with first-period goals by Erik Gustafsson and Artturi Lehkonen but the Jets forced the extra frame as Logan Stanley tallied twice in the second period. 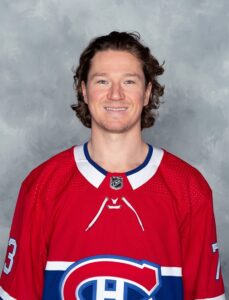 SPECTOR’S NOTE: Montreal dominated the play despite the close score, outshooting Winnipeg 42-16. If not for Jets goaltender Connor Hellebuyck this would’ve been a lopsided victory. Habs defenseman Jeff Petry missed this game after dislocating two fingers in Game 3 but he’s expected to be ready for the semifinals.

The New York Islanders held off the Boston Bruins for a 5-4 win in Game 5 to take a 3-2 lead in their second-round series. Isles goaltender Semyon Varlamov made 40 saves while Brock Nelson’s early third-period goal held up as the winner. The Isles went three-for-four on the power play. David Pastrnak scored twice for Boston, who pulled goaltender Tuukka Rask after two periods. Bruins forward Curtis Lazar left the game after throwing a big hit on Isles defenseman Ryan Pulock. Game 6 is tomorrow night on Long Island.

SPECTOR’S NOTE: Bruins coach Bruce Cassidy questioned the officiating during his post-game press conference, saying the penalties called against his club weren’t being called on the Islanders. He also singled out his opponent. “We’re playing a team that have very respected management and coaching staff, they’ve won a Stanley Cup. But I think they sell a narrative over there that it’s more like the New York Saints and not the New York Islanders,” said Cassidy.

THE NEWS & OBSERVER: Carolina Hurricanes winger Nino Niederreiter could return to action for Game 5 tonight against the Tampa Bay Lightning. He missed the first four games of this series with an undisclosed injury but returned to practice yesterday. The Hurricanes face a must-win situation down three games to one.

NHL.COM: The Florida Panthers signed forward Anton Lundell to a three-year entry-level contract. He was selected 12th overall by the Panthers in last year’s NHL Draft.

← Random Thoughts on the NHL - June 7, 2021 NHL Rumor Mill - June 8, 2021 →
We use cookies on our website to give you the most relevant experience by remembering your preferences and repeat visits. By clicking “Accept”, you consent to the use of ALL the cookies.
Do not sell my personal information.
Cookie SettingsAccept
Manage consent