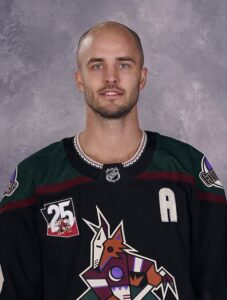 SPECTOR’S NOTE: Hjalmarsson, 34, spent 14 seasons with the Chicago Blackhawks and the Coyotes. A shutdown defenseman, his best years were with the Blackhawks as he helped them win three Stanley Cups during his 10 seasons with the franchise. He finishes with 172 points in 821 career NHL games. Best of luck to Hjalmarsson and his family in their future endeavors.

SPECTOR’S NOTE: Staal proved to be a valuable addition to the Red Wings. The 34-year-old provided experience, leadership and stability to the rebuilding club’s defense corps. He hopes to become a mentor this season to promising Wings blueliner Moritz Seider, who’s expected to make his NHL debut in 2021-22.

THE PROVINCE: The Vancouver Canucks placed Jake Virtanen on unconditional waivers yesterday for the purpose of buying out the final year of his contract.

SPECTOR’S NOTE: Virtanen was once considered a promising offensive forward but he failed to play up to expectations. His recent questionable off-ice behavior also became an issue. The Canucks attempted to trade the 24-year-old winger during this season but reportedly couldn’t find any suitable offers. He’s been on leave from the club since May 1 following a sexual misconduct allegation.

THE ATHLETIC: The Columbus Blue Jackets are expected to keep their goaltending tandem of Elvis Merzlikins and Joonas Korpisalo intact to start the 2021-22 season. Both are entering the final year of their contracts. It was anticipated one of them would be traded this summer but the tragic death of promising Matiss Kivlenieks on July 4 changed that plan.

SPECTOR’S NOTE: Perhaps one of them will be shopped later in the season if the Jackets are out of playoff contention before the February trade deadline.

← Sunday NHL Rumor Roundup - July 25, 2021 NHL Rumor Mill - July 26, 2021 →
We use cookies on our website to give you the most relevant experience by remembering your preferences and repeat visits. By clicking “Accept”, you consent to the use of ALL the cookies.
Do not sell my personal information.
Cookie SettingsAccept
Manage consent