Zdeno Chara is poised to break a record this season, the Golden Knights sign Nolan Patrick, Tyler Ennis joins the Senators on a tryout basis, and more in today’s NHL morning coffee headlines.

DETROIT HOCKEY NOW: Bob Duff reports Zdeno Chara is poised to knock former Red Wing Chris Chelios from the record books. If Chara plays 44 games this season, he’ll set the NHL record for most games by a defenseman. Chelios holds the current record with 1,651. Over the weekend, Chara signed a one-year contract with the New York Islanders. 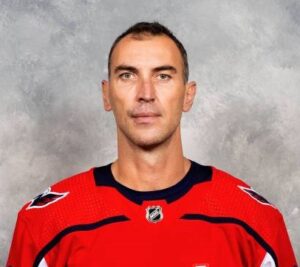 SPECTOR’S NOTE: The 44-year-old Chara is expected to be a third-pairing defenseman with the Islanders this season. Barring injury, he should break Chelios’ record.

TSN: The Vegas Golden Knights signed Nolan Patrick to a two-year contract with an annual average value of $1.2 million. They acquired the 23-year-old center from the Nashville Predators in July during a three-way trade involving the Predators and Philadelphia Flyers, who sent Patrick and defenseman Philippe Myers to Nashville for Ryan Ellis.

SPECTOR’S NOTE: The former first-round pick (second overall) of the Flyers in 2017, Patrick is hoping to get his NHL career back on track after struggling to play up to expectations in Philadelphia. The Golden Knights hope he’ll blossom into a first- or second-line center.

Patrick’s signing pushes the Golden Knights above the $81.5 million salary cap by over $1.237 million according to Cap Friendly. However, they can garner some short-term relief by placing sidelined Alex Tuch on long-term injury reserve until his return from shoulder surgery in January.

EDMONTON JOURNAL: Oilers prospect defenseman Dmitri Samorukov suffered a broken jaw during Saturday’s prospect game against the Calgary Flames. Surgery is not required but he’ll be sidelined for six weeks.

DETROIT FREE PRESS: Red Wings prospect blueliner Jared McIsaac was briefly knocked unconscious after taking a hit during a prospects game against the Columbus Blue Jackets on Sunday. He was taken to a hospital, evaluated, and reportedly doing well. He wasn’t expected to be hospitalized overnight.

SPECTOR’S NOTE: Hopefully we’ll learn more about Morin’s status later today. His NHL career has been hampered by several knee injuries. Another could bring his playing days to an end.

NBC SPORTS PHILADELPHIA: Speaking of the Flyers, winger Wade Allison left Sunday’s rookie game against the New York Rangers with an apparent leg injury. There was no immediate word on his status.

THE ORANGE COUNTY REGISTER: The Anaheim Ducks pulled center Trevor Zegras from a rookie game against the Colorado Avalanche as a precautionary measure after he was slashed on the left leg in the first period. He limped to the bench and had to be helped to the dressing room but was later said to be “fine”.

TVA SPORTS: Montreal Canadiens hopeful Jesse Ylonen has not been vaccinated for COVID-19 for personal reasons. Under NHL protocols, he could face suspension without pay if border restrictions prevent him from traveling to the United States for road games. He will also face severe restrictions, such as not being able to be in any public place other than arenas and training facilities.

SPECTOR’S NOTE: No official word yet from Hughson or HniC regarding his status.

← Sunday NHL Rumor Roundup - September 19, 2021 NHL Rumor Mill - September 20, 2021 →
We use cookies on our website to give you the most relevant experience by remembering your preferences and repeat visits. By clicking “Accept”, you consent to the use of ALL the cookies.
Do not sell my personal information.
Cookie SettingsAccept
Manage consent