The Stars clinch the final Western Conference playoff berth while the Golden Knights are eliminated, results of the latest NHLPA player poll are released, and more in today’s NHL morning coffee headlines

NHL.COM: The Dallas Stars clinched a Western Conference playoff berth despite a 4-3 overtime loss to the Arizona Coyotes. The Stars held a 3-0 lead heading into the third period but the Coyotes tallied four unanswered goals for the win with Travis Boyd netting the game-winner. Barrett Hayton had a goal and two assists for the Coyotes while Tyler Seguin scored and picked up an assist for the Stars. With 96 points, the Stars move one point ahead of the Nashville Predators into the first wild-card spot in the West. 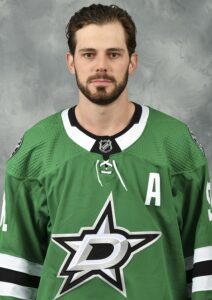 A 4-3 shootout loss to the Chicago Blackhawks ensures the Vegas Golden Knights will miss the Stanley Cup Playoffs for the first time in franchise history. Tyler Johnson scored the only goal in the shootout round, Taylor Raddysh scored two goals and Kevin Lankinen got the win by stopping 37 shots in regulation and overtime. Chandler Stephenson collected assists on all three Golden Knights goals.

SPECTOR’S NOTE: The Predators hold two games in hand over the Golden Knights, who only have one game left. Their failure to qualify despite their star-studded roster will raise questions about their offseason plans. I’ll have more later today in the Rumors section.

The Los Angeles Kings picked up their fifth straight victory by downing the Seattle Kraken 5-3. Jonathan Quick kicked out 37 shots while Gabriel Vilardi had a goal and two assists. Jordan Eberle had a goal and an assist for the Kraken. Los Angeles will face the Edmonton Oilers in the opening round of the playoffs starting next week. The Kings also activated defenseman Mikey Anderson off injured reserve.

SPECTOR’S NOTE: Only two first-round series (Oilers vs Kings, Wild vs Blues) have been determined. The remainder will be decided by the end of Friday night’s schedule.

Montreal Canadiens defenseman Jeff Petry scored twice, including the game-winner, as his club upset the New York Rangers 4-3. The Canadiens snapped a nine-game losing skid and are assured of finishing last in the overall standings. Rangers winger Kaapo Kakko returned to action after being sidelined by an injury since April 16.

SPECTOR’S NOTE: You can see the full results of all categories by following the link above.

NBC SPORTS WASHINGTON: Capitals coach Peter Laviolette is hoping captain Alex Ovechkin will be ready to play Game 1 of their opening-round series next week. The 36-year-old winger is day-to-day with an upper-body injury.

SPECTOR’S NOTE: We should learn more in the coming days about which NHL players from non-playoff clubs will be participating in the Worlds in Finland next month.

THE HOCKEY NEWS: Speaking of the World Championships, the International Ice Hockey Federation (IIHF) officially stripped Russia of its hosting duties for the 2023 tournament. The Russian Hockey Federation is already in the midst of an indefinite ban from international play following the country’s invasion of Ukraine.

PITTSBURGH HOCKEY NOW: David Morehouse resigned yesterday as CEO of the Pittsburgh Penguins after 16 years. President of hockey operations Brian Burke and COO Kevin Acklin will run the day-to-day operations. The club didn’t announce if the vacant CEO position will be filled.