​More NHL players speak out against racial injustice, the latest on the league’s return-to-play format, and more in today’s NHL morning coffee headlines

GROWING LIST OF PLAYERS, TEAMS SPEAK OUT AGAINST RACIAL INJUSTICE 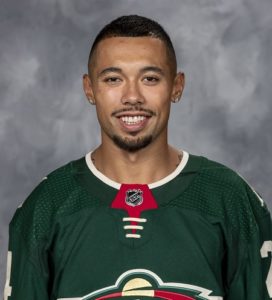 Minnesota Wild defenseman Matt Dumba released a statement yesterday supporting the anti-racism movement across North America. “I’ve been sad, angry, and disturbed by the senseless unjust we have all witnessed this past week. I have been scared for the families in my community. I know I do not want to feel this way ever again; the feeling of helplessness. The feeling too many have to face each day. I am here for you. To lean on, to listen, to embrace, to have a voice and to be a leader in our community!”

WINNIPEG SUN: Jets captain Blake Wheeler vows to become more involved in speaking out against racism. “We have to be as involved in this as black athletes. It can’t just be their fight,” he said. “And I want to be real clear, here. I look in the mirror about this before I look out at everyone else. I wish that it didn’t take me this long to get behind it in a meaningful way. But I guess what you can do is try to be better going forward.”

TAMPA BAY TIMES: Lightning captain Steven Stamkos expressed compassion and support for peaceful protesters and didn’t approve of the looting and riots since George Floyd died in the custody of Minneapolis police last week. “But, as many of YOU have opened my eyes to, I see that these actions may be coming from real pain and suffering,” Stamkos wrote. “I can at least try to comprehend that.”

Teammate Patrick Maroon expressed his respect for law enforcement but also anger toward the injustice of George Floyd. Maroon added he felt he needs to set a better example. “I’m sorry and I promise to do better for you,” he finished.

NBC SPORTS WASHINGTON: Capitals goaltender Braden Holtby and his wife Brandi sent out a message of support for the Black Lives Matter movement and the protesters in Washington through Brandi’s Instagram account. Holtby’s teammate John Carlson did the same via his Instagram account.

STLTODAY.COM: The St. Louis Blues and St. Louis Cardinals issued a joint statement yesterday speaking out against racial injustice. Blues goalie Jordan Binnington took to his Instagram account vowing to stand in solidarity with those “fighting for change, equality and justice,” encouraging his followers to “ask questions, listen, learn and pass your knowledge on to your friends.”

THE DETROIT NEWS: The Red Wings and Tigers also released a joint statement in support of “equality, justice, and respect for all.”

THE BOSTON GLOBE: The Bruins also released a statement on Tuesday. “Black lives matter,” the statement issued Tuesday begins. “Bigotry, ignorance and senseless violence in any and all forms is wrong.”

WGR550: Buffalo Sabres owners Terry and Kim Pegula issued a statement standing with those peacefully protesting to eradicate racism and inequality and against those motivated by hatred and violence.

SPECTOR’S NOTE: It’s heartening to see more NHL teams and players taking a stand against racism, bigotry, injustice, and intolerance. I don’t doubt the sincerity of the words but their actions will speak much louder. Time will tell if their words result in action that leads to positive change within the sport and in society in general.

THE SCORE: Madison Square Garden Company chairman and New York Rangers owner James Dolan released a statement yesterday defending the organization’s decision not to release a public statement following the death of George Floyd. “As companies in the business of sports and entertainment, however, we are not any more qualified than anyone else to offer our opinion on social matters. What’s important is how we operate. Our companies are committed to upholding our values, which include creating a respectful workplace for all, and that will never change. What we say to each other matters. How we treat each other matters. And that’s what will get us through this difficult time.”

SPECTOR’S NOTE: Dolan’s been criticized for his position. The NBA’s New York Knicks, also owned by Dolan, are reportedly furious that the team hasn’t released a statement. He’s since sent out a second e-mail to his employees condemning racism, but that’s unlikely to go down well with those upset over his previous comments.

LOS ANGELES TIMES: The pros and cons of the 10 cities under consideration to become the two hubs for the NHL’s return-to-play tournament.

TSN: Canadian prime minister Justin Trudeau said it would be great to have NHL games played in Canada, but ensuring everyone’s safety remains the priority as discussions continue about its return. Edmonton, Toronto, and Vancouver are among 10 cities under consideration to become one of the two NHL hubs.

SPECTOR’S NOTE: There won’t be any NHL hockey this summer unless the Canadian government eases restrictions on non-essential border travel or deems NHL employees as essential workers.

SPECTOR’S NOTE: The survey also suggested the fact fans won’t be in attendance for those games factored into the result.

SPORTSNET: The Quebec Major Junior Hockey League (QMJHL) announced its intention to play a full 68-game schedule for 2020-21 with a certain percentage of fans in attendance, depending on the local social distancing rule in each province. ← NHL Most Important Players - Los Angeles Kings NHL Morning Coffee Headlines - August 27, 2019 →
« Older Entries
We use cookies to ensure that we give you the best experience on our website. If you continue to use this site we will assume that you are happy with it.Ok