​The Masterton Trophy nominees are revealed, updates on the league’s return-to-play plan, and the latest on John Tavares, Shea Weber, Jeff Carter, and more in today’s NHL morning coffee headlines.

NHL.COM: The Professional Hockey Writers Association (PHWA) yesterday released the 2019-20 nominees for the Bill Masterton Memorial Trophy, which is awarded annually to the NHL player who best exemplifies the qualities of perseverance, sportsmanship, and dedication to hockey. 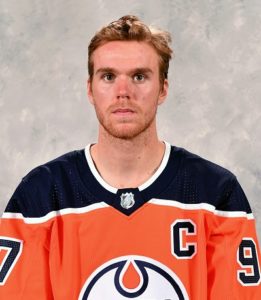 SPECTOR’S NOTE: Congratulations to the nominees. The winner of the Masterton Trophy will be announced at the 2020 NHL Awards following this season at a date to be announced.

LATEST ON THE RETURN-TO-PLAY PLAN

TSN: Pierre LeBrun reports the NHL and NHL Players Association will continue discussions in the coming weeks regarding the protocols, details, testing, and more for staging Phase 3 and 4 of the league’s return-to-play plan. Phase 3 is the training camp portion and Phase 4 the 24-team playoff tournament. The PA executive board representing the 31 teams is expected to vote on one big package rather than separate votes for each phase.

Darren Dreger reports the players are awaiting the specifics for Phase 3, including details on the two hub cities, restrictions, family matters, and more. The league and the PA acknowledge nothing will be perfect and some sacrifices will have to be made to get the sport back on its feet.

Regarding the collective bargaining agreement, LeBrun said those involved are holding out hope for an extension before play resumes. A lot of work still has to be done. Escrow and the salary cap are important issues for the players. Dreger noted they’re also interested in returning to the Olympics as early as 2022.

SPECTOR’S NOTE: I expect the league and the PA will get the details for the return-to-play plan sorted out by no later than early July. Whether either Phase takes place without a hitch is another issue. A second wave of COVID-19 could derail those plans.

Most fans will be thrilled if a CBA extension beyond 2022 can be hammered out before play resumes. Nevertheless, the priority is completing this season and crowning a Stanley Cup champion. The CBA takes a backseat to that right now.

REUTERS: Canada and the United States are expected to extend their border ban on non-essential travel to late July.

SPECTOR’S NOTE: Unless the government of Canada provides exemptions for NHL players and staff, Edmonton, Toronto, and Vancouver will be out of the running as one of the two host cities for the 24-team tournament. Other Canadian teams participating in the playoff tournament could emulate the Calgary Flames’ plans to stage training camps next month in the United States.

MONTREAL GAZETTE: Canadiens captain Shea Weber intends to continue training at his off-season home in Kelowna, BC until a full training camp is on the horizon.

TSN: Pierre LeBrun reports the New Jersey Devils put their search for a new head coach on pause for the time being. They reportedly spoke with 8-10 coaches and narrowed the list to four, including current interim bench boss Alain Nasreddine.

SPECTOR’S NOTE: Pilut, 24, is a restricted free agent coming off his entry-level contract and lacks arbitration rights. Perhaps he’s trying to garner a measure of leverage in negotiations with the Sabres.

← NHL Rumor Mill - June 9, 2020 NHL Rumor Mill - June 10, 2020 →
We use cookies on our website to give you the most relevant experience by remembering your preferences and repeat visits. By clicking “Accept”, you consent to the use of ALL the cookies.
Do not sell my personal information.
Cookie SettingsAccept
Manage consent