​Check out recent speculation on the Rangers, Devils, and Senators in today’s NHL rumor mill.

SHOULD THE RANGERS PURSUE BRODIN?

NEW YORK POST: In a recent mailbag segment, Larry Brooks was asked if the Rangers should trade prospect K’Andre Miller and maybe a draft pick to the Minnesota Wild for defenseman Jonas Brodin. The reader believes the Rangers’ biggest need is finding a suitable defense partner for Jacob Trouba. 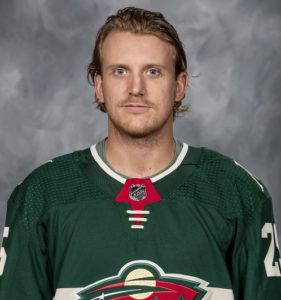 Brooks believes Brodin would fill that spot nicely but it would be folly to acquire a player who’s a year away from unrestricted free agency, speculating it could cost the Rangers around $7.5 million annually to re-sign him. He also doesn’t believe it justifies moving Miller.

SPECTOR’S NOTE: Brooks suggested the Rangers could resolve that issue from within. He pointed out Brendan Smith played well alongside Trouba after the Blueshirts traded Brady Skjei to Carolina. Libor Hajek could get a shot or they could move Ryan Lindgren alongside Trouba.

THE ATHLETIC (subscription required): In a recent mailbag segment, Corey Masisak was asked about what it might cost for the New Jersey Devils to acquire Jack Eichel. Masisak doesn’t believe the Buffalo Sabres intend to move their captain, but if they did, they’d want an offer that includes Jack Hughes or Nico Hischier as part of the package.

SPECTOR’S NOTE: Agreed. The asking price for Eichel would be significant, perhaps far too expensive for the rebuilding Devils.

Asked about the best way for the Devils to weaponize their cap space for 2020-21, Masisak suggested pursuing a young player a cap-strapped club can’t afford to keep, a veteran player a team is willing to move to re-sign others, or taking on a bad contract if it’s packaged with a prospect or draft pick.

He also thinks it’s unlikely the Devils will make trades with the six other clubs that missed the playoff tournament.

SPECTOR’S NOTE: Before doing any of that, the Devils must decide if they’ll retain interim general manager Tom Fitzgerald as their full-time GM or replace him with a more experienced hand.

THE HOCKEY NEWS: In his season postmortem of the Ottawa Senators, Matt Larkin believes they’ll be closer to a salary-floor team next season. Nevertheless, he anticipates they’ll likely pursue a couple of UFA veterans on one-year contracts with an eye on flipping them at next season’s trade deadline for draft picks.

SPECTOR’S NOTE: Cap Friendly indicates the Senators also have 13 picks in this year’s draft. Apart from their three first-rounders, I can see them using two or three of those extra picks as trade bait to perhaps acquire a good young player from a team in need of shedding cap space.

← NHL Morning Coffee Headlines - June 10, 2020 NHL Return-to-Play Plan: Could Changes to This Season's Schedule Become Permanent? →
We use cookies on our website to give you the most relevant experience by remembering your preferences and repeat visits. By clicking “Accept”, you consent to the use of ALL the cookies.
Do not sell my personal information.
Cookie SettingsAccept
Manage consent