​More teams and players speak out against racial injustice, the latest return-to-play news, and much more in today’s NHL morning coffee headlines.

SPORTSNET: More NHL teams and players are speaking out against racial injustice as protests continue across the United States and Canada following the death of George Floyd in police custody last week. 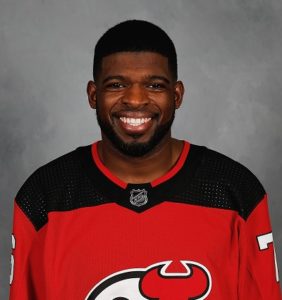 New Jersey Devils defenseman P.K. Subban is among a number of NHL players to speak out against racial injustice (Photo via NHL Images).

SPECTOR’S NOTE: Critics will say these statements are empty words that won’t bring about any real change. Some will suggest the players should stick to hockey and not weigh in on such matters. However, they have as much right to express their views about this issue as everyone else taking to social media in recent days to do the same.

Maybe their remarks will be empty gestures swiftly forgotten once this situation has passed and hockey resumes. On the other hand, their comments could mark a genuinely positive step toward addressing any instances of racism, bigotry, and intolerance within hockey and society.

“I think you should be concerned,” he told The Athletic’s Joe Smith. “There are so many ways to look at this thing. I know everybody wants hockey back, but safety has to come first. And it’s a little bit worrisome, I can’t deny that. Even though most players are young and healthy, I’m sure there are players like me that have underlying health issues. I don’t know how my body will react if I get this virus.”

NEW YORK POST: Rangers rookie winger Kaapo Kakko is working out in Finland and feeling great as he prepares for the playoff tournament. A type-1 diabetic, Kakko could be at risk of contracting COVID-19. The Rangers’ front office is closely monitoring his situation. Team president John Davidson recently said they’ll listen to what their medical people say. “If he, hypothetically, cannot play, he can’t play. We’re going to take care of him, he’s a big part of us.”

SPECTOR’S NOTE: Stralman probably isn’t the only player concerned about the league’s ability to ensure their health and safety throughout the tournament. Some, like Kakko, might be prevented from taking part because of their existing medical conditions.

So far, the NHLPA is working with the league toward returning to action. That could change if a majority of the membership believes they cannot be adequately protected from the coronavirus.

EDMONTON JOURNAL: Terry Jones examines some creative ways for broadcasters to televise the tournament without fans. Empty stands could create opportunities for unique new camera angles. The sounds of the game could be amplified, though the raw language of players and on-ice officials during gameplay could quash that notion.

SPECTOR’S NOTE: Tell the players and officials to refrain from swearing…LOL, who am I kidding? If you want to amplify the sound of gameplay, expect to hear lots of expletives.

NBC SPORTS: Virus-proofing sports facilities will prove a significant challenge for North American pro sports leagues as they attempt to return to action.

OTTAWA SUN: Bruce Garrioch reports Senators general manager Pierre Dorion and head coach D.J. Smith could name a team captain for next season. The captaincy has been vacant since Erik Karlsson was traded to San Jose in September 2018. Garrioch speculates Thomas Chabot and Brady Tkachuk could be among the front-runners.

NBC SPORTS WASHINGTON: Capitals assistant coach Reid Cashman was named the new head coach of Dartmouth College’s men’s hockey team. He will remain with the Capitals during the 2020 postseason.

Former NHLers Chris Wideman and Frank Corrado have signed with KHL teams for 2020-21.

← Buffalo Sabres Must Overcome Their Culture of Losing NHL Rumor Mill - June 2, 2020 →
We use cookies on our website to give you the most relevant experience by remembering your preferences and repeat visits. By clicking “Accept”, you consent to the use of ALL the cookies.
Do not sell my personal information.
Cookie SettingsAccept
Manage consent