​Check out some recent Blues and Sabres speculation in today’s NHL rumor mill.

STLTODAY.COM: During a recent live chat with Blues fans, Jim Thomas was asked if he sees them re-signing Alex Pietrangelo following their recent contract signings. The reader suggested they could let him walk and use the money to re-sign restricted free agent Vince Dunn. Thomas doesn’t rule out the possibility. He also raised the notion that perhaps Pietrangelo doesn’t want to be in St. Louis, but doesn’t think that’s the case. 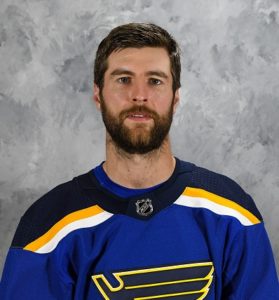 Pietrangelo could test the free-agent market following this season to see what offers are out there. Thomas notes there will be several teams, such as the Colorado Avalanche, with much more salary-cap space even with the reduced revenue from the pandemic.

SPECTOR’S NOTE: As I’ve pointed out before, the Blues have limited salary cap space (over $79 million invested in 20 players for 2020-21, according to Cap Friendly) for next season. They must shed some considerable salary if they intend to re-sign Pietrangelo and Dunn.

Asked if center Tyler Bozak might have some trade value, Thomas believes he does, citing his all-around play and his work with younger players. While he’s got just one year left on his contract, he’s 34 and carries an annual average value of $5 million.

SPECTOR’S NOTE: Bozak also has a 10-team no-trade clause. If he’s willing to waive it, the Blues might have to pick up part of his cap hit or include a significant sweetener to move him.

COULD THE SABRES SHOP RISTOLAINEN?

SPORTSNET: Luke Fox recently weighed in on potential off-season moves by the Buffalo Sabres after missing the playoffs for the ninth straight year.

Sabres defenseman Rasmus Ristolainen raised the possibility he could be traded if management decides to make sweeping changes. However, general manager Jason Botterill and head coach Ralph Krueger both spoke highly of the 25-year-old blueline. Botterill called him a core player while Krueger said he’s “a centerpiece,” adding he wants to coach Ristolainen next season.

Fox believes Botterill doesn’t need to move Ristolainen to remodel the roster. Considering the poor return the Sabres GM received in the Ryan O’Reilly trade two years ago, he could be forced to think hard here. Fox pointed out the Sabres will have sufficient salary-cap space that they won’t need to buy out Kyle Okposo or give up on Jeff Skinner after one bad season.

SPECTOR’S NOTE: The Sabres are allowed to make trades now, but Fox considers it unlikely they’ll do so until the playoffs are over. Ristolainen frequently featured in Sabres’ trade chatter this season. Perhaps the reason he’s still a Sabre is that Botterill and Krueger think so highly of him. Then again, it could be because Botterill didn’t get a suitable offer.

← NHL Morning Coffee Headlines - June 2, 2020 The NHL Buyout Barometer - Pacific Division (Part II) →
We use cookies on our website to give you the most relevant experience by remembering your preferences and repeat visits. By clicking “Accept”, you consent to the use of ALL the cookies.
Do not sell my personal information.
Cookie SettingsAccept
Manage consent