​Check out the latest Oilers and Devils speculation in today’s NHL rumor mill.

SPORTSNET: In a recent mailbag segment, Mark Spector was asked if the Edmonton Oilers will talk contract extension anytime soon with Ryan Nugent-Hopkins‘ representatives. The 26-year-old center is due to become an unrestricted free agent next summer. 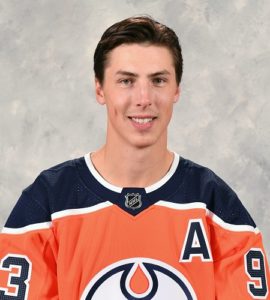 Spector doesn’t expect Oilers general manager Ken Holland will make a contract offer until well into the 2020-21 season. He doesn’t see a great deal of pressure on either side right now but expects Nugent-Hopkins will re-sign. He thinks RNH could seek a salary comparable to teammate Leon Draisaitl‘s $8.5 million annual average value.

(NOT MARK) SPECTOR’S NOTE: There was some recent speculation about Nugent-Hopkins’ future in Edmonton. Considering his development into a solid two-way, top-six forward who can play center or wing, I expect they’ll re-sign him. $8.5 million annually is expensive, especially if the salary cap remains flat for 2021-22. Still, he’s an invaluable part of their core. I expect the two sides will work something out next year.

EDMONTON JOURNAL: David Staples cites a report out of Finland indicating Jesse Puljujarvi isn’t ruling out returning to the Oilers after this season. The 22-year-old winger opted to play in Finland this season while waiting for the Oilers to honor his trade request.

“Never say never,” Puljujarvi reportedly said, adding that everything is possible and he hasn’t set any timeline for his decision. Staples feels the best way for the Oilers to get full value out of the winger is for him to return to the club in a meaningful role. He thinks he still has a chance to become a second-line winger.

SPECTOR’S NOTE: Puljujarvi had by most accounts a decent season in Finland. Maybe it’s the reset he needs to get his NHL career back on track.

Holland was reportedly seeking at least a first-round pick as part of any deal involving Puljujarvi, who was selected fourth overall in the 2016 draft. The Oilers GM obviously didn’t get anything proposals he liked, and I doubt that’ll change after this season. If Puljujarvi wants to resume his NHL career, it looks like it’ll be in Edmonton.

SUGGESTED GOALIE TARGETS FOR THE DEVILS

THE ATHLETIC (subscription required) Corey Masisak recently examined several possible UFA goaltending options for the New Jersey Devils. They’ll need a suitable backup for Mackenzie Blackwood if they buy out Cory Schneider. If they keep Schneider, Masisak thinks they could look for someone to compete with him for the No. 2 spot.

SPECTOR’S NOTE: Khudobin or Greiss might be their best choices. Lehner will be looking for a long-term contract as a starter so that rules him out if the Devils see Blackwood as their No.1 goalie. Crawford is likely to re-sign with the Blackhawks while Talbot could stay in Calgary.

Miller, Anderson, Smith, Elliott, and Howard are all past their primes. Apart from their contracts, they probably wouldn’t be an improvement over Schneider. Neither would Brossoit, Hutchinson, or Domingue.

← NHL Morning Coffee Headlines - June 13, 2020 NHL Morning Coffee Headlines - June 14, 2020 →
We use cookies on our website to give you the most relevant experience by remembering your preferences and repeat visits. By clicking “Accept”, you consent to the use of ALL the cookies.
Do not sell my personal information.
Cookie SettingsAccept
Manage consent